Time to dig into what Brian Jean has actually said about the environment, wind energy and carbon pricing

What has Brian Jean actually said about the climate change, wind energy and carbon pricing?

As a backbencher in Ottawa no one paid much attention to Brian Jean. But now that's he's the leader of the Official Opposition here in Alberta what has he actually said, on the record, about the environment, climate change, wind energy and carbon pricing. Now that the government of Alberta's first piece of climate legislation is on the books Alberta's right wing has predictably lost its mind. But what does Brian Jean actually think? Let's look through his quotes to get a bit of insight into what the leader of the official opposition actually believes.

"I would actually lay claim to the term 'environmentalist.'" 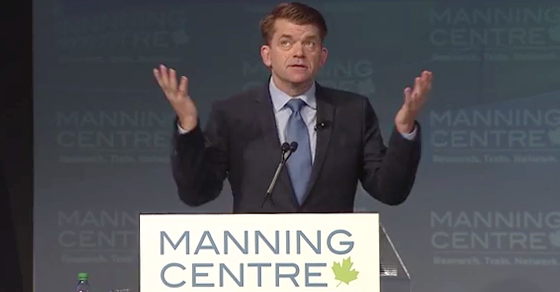 "Climate change is, indeed, one of the biggest threats to our environment, to our people and to the future of our earth. This reality is clearer today than it has ever been"

"Our government is committed to improving the environment on behalf of all Canadians. This includes bringing forward concrete and realistic industrial targets to reduce greenhouse gases and improve the air we breathe and improve the health of Canadians."

We've never seen any statement like this from Jean recently even as the world consistently sets record temperature highs, seemingly every month.

On October 9th, 2009  Brian Jean was stumping for a cap-and-trade carbon pricing system. The Harper government was on board with carbon pricing, until it wasn't. He seemed to think at the time that putting a price on carbon would have quite the effect and reduce carbon pollution in a real way.

"In the November 2008 Speech from the Throne, the government committed to working with the provincial governments and all of our partners to develop and implement a North America-wide cap and trade system for greenhouse gases and an effective international protocol for the post-2012 period

The cap and trade system will cover all industrial sectors and will require mandatory emissions reductions." 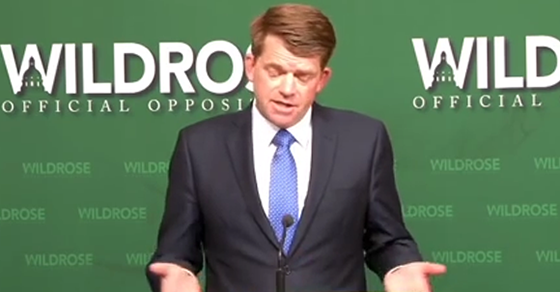 "I have talked to wind energy providers in P.E.I., Nova Scotia, Alberta and Saskatchewan. There are huge plans to move forward with wind energy in this country."

"We are looking now at investing seriously in wind energy across the country. We are in discussions with wind energy providers to do just that."

"I know firsthand that wind energy is part of the solution. Our government is moving forward to support wind energy in all parts of the country."

When the climate change plan was announced in November 2015, Jean predictably railed against it however his tone soon changed.

In a year-end interview with the CBC he came out and said that he would kill the climate plan's carbon tax.

“I can’t tell you that the Wildrose wouldn’t bring in a carbon tax in the future, but I can tell you this particular carbon tax would be eliminated because it is not a true carbon tax.”

However his tone and the plan soon changed. On March 15, 2016 Jean released their Wildrose Job Action Plan. In it:

This is faintly hilarious. Both Alberta's carbon tax and carbon taxes have been studied in detail for quite some time. Perhaps the Wildrose could hire Andrew Leach to copy and paste the work into a new economic impact analysis. Putting a price on carbon is the simplest and most effective way reduce the amount of carbon emitted into the atmosphere. Another study isn't going to change that. 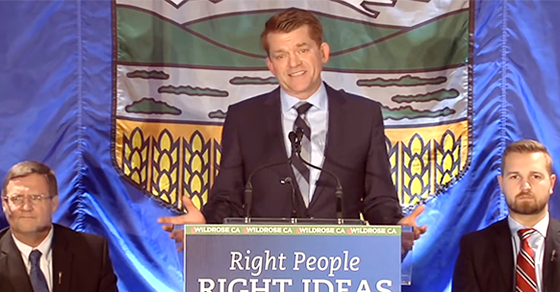 The Canadian Taxpayers Federation called out Jean on his flip flop.

"But does Wildrose want to kill the carbon tax, or do they just want to review it?” asked MacPherson. “Albertans and rural residents need answers from Wildrose. Carbon tax: yes or no?”

We're curious to know as well.Given everything Jean has said about the environment, wind energy and carbon pricing and given what his caucus has said over and over again on social media doubting the science on climate change we're very curious.

Despite all the evidence that Brian Jean cares about the environment, climate change and is a supporter of wind energy when asked about Alberta's climate change plan he defaults to criticism of the carbon tax and that "now is not the time."

If not now, when? Estimates of the government's climate change plan says emissions will be flat until 2030 at which point emissions will start to decrease.

And if not this particular form of carbon pricing, what form? You were a fan of cap and trade back in 2009, is that the solution?

Which is it Brian Jean? Albertans deserve to know.