It turns out lowering taxes is really important

In a recent Twitter exchange with writer and activist Michael Morrison about the debate around the LGBTQ guidelines for Alberta’s schools that the province is rolling out Wildrose Party finance critic Derek Fildebrandt tweeted out:

@mikesbloggity Important issues, but in all honesty, social issues just didnt rank in the top 100 reasons I ran. I find these debates stale. 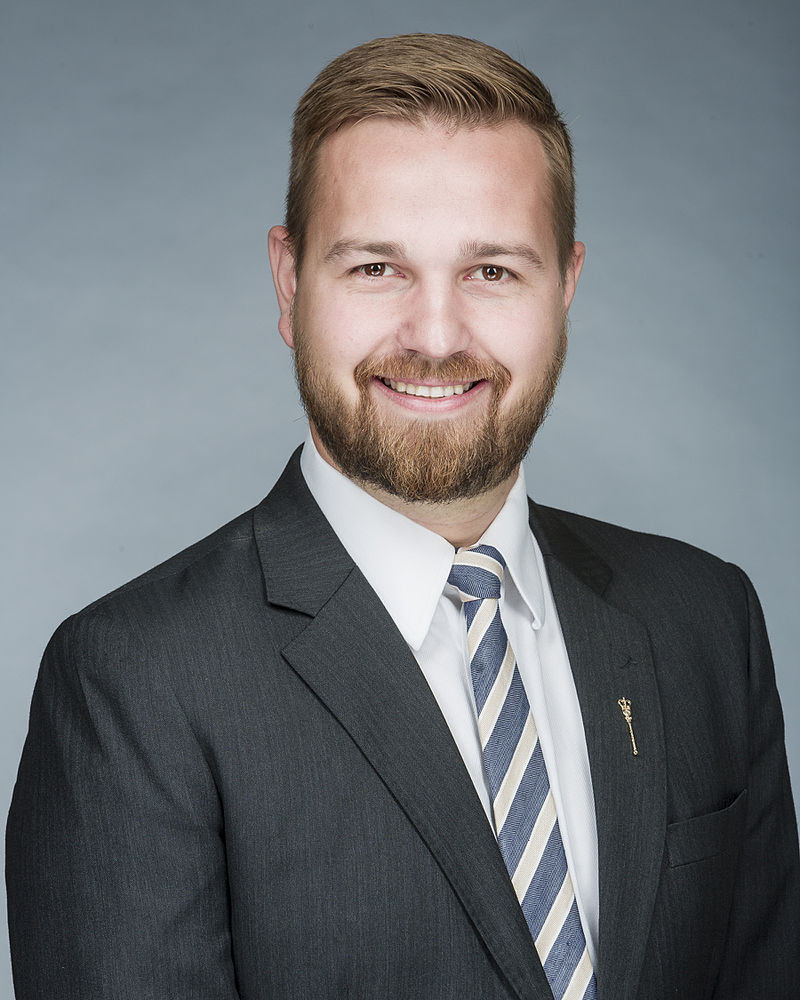 A US study of adolescents in grades 7–12 found that lesbian, gay, and bisexual youth were more than twice as likely to have attempted suicide as their heterosexual peers. Another study that looked at transgender youth found that about 25 per cent reported suicide attempts.

Derek Fildebrandt can choose to run to be a politician for any reason he likes, but like it or not the provincial government is responsible for more than just producing a budget every year. There is research that shows that gay straight alliances in school reduce suicide risk not just for LGBTQ youth but for all students. The provincial LGBTQ guidelines around this issue will save lives. If that's "stale" and not worth Fildebrandt's time then here is our completely imagined list of the 63 things Derek Fildebrandt cares more about than at risk LGBTQ youth. We encourage you to fill in the rest using the hashtag #reasonsderekran.

61. Whether he’s going to wear a three-piece suit or a two-piece suit today.

59. Having breakfast at the Palliser Fairmont with Preston Manning.

58. Only taking questions from non-political journalists.

53. Figuring out who is an A-list, B-list and C-list journalist.

52. Berating bureaucrats for not stopping the Sky Palace from being built.

48. Working on his shadow budget.

47. Calling into Danielle Smith’s radio show under a fake name and debating the finer points of tax policy.

46. Slowly having everything good about you sucked out by Vitor Marciano.

45. Hot laundry fresh out of the dryer.

43. Thinking he’s got a serious scoop with his FOIP requests.

42. Working on his shadow budget.

38. Trying to get a coffee meeting with Stephen Harper.

37. Really hoping that Brian Jean runs for the leadership of the Conservative Party of Canada.

33. Working on his shadow budget.

32. Getting the Alberta government down to the size where he can drag it off and drown it in the bathtub.

31. Reading Stephen Harper’s book on the history of hockey.

27. Working on his shadow budget.

26. Holding up pieces of paper and looking very serious for a Calgary Sun news photographer.

25. Not understanding how equalization works.

24. Really not understanding how equalization works.

23.  Figuring out if they’re just friends or if he’s really dating the PC party.

16. Making faces at the centre.

14. Yelling at Quebec about equalization payments.

12. Standing with Brian Jean, even when he’s sitting.

11. Wishing Brad Wall would also run for leader of the Conservatives.

10. Getting his picture taken with David Frum at a Fraser Institute event in Montreal.

6. Taking awkwardly staged photographs with the Calgary Sun to illustrate a story about gas taxes.

5. Working on his shadow budget.

4. Building a super duper, extra awesome debt clock to tow behind his truck at all times.

3. Staring wistfully at a picture of Brad Wall.

2. Building a campaign platform that will never be implemented if he ever forms government.