What school has $42 million in the bank but still gets $5 million a year in public subsidies? Webber Academy

Private schools in Alberta have a deeply conservative history. Few exemplify that as much as Calgary’s Webber Academy, which charges $18,000 per year for tuition as well as a $6,000 enrolment deposit — and received over $5 million in public funding in 2016-17.

Webber Academy was founded in 1997 by Neil Webber, a four-term Progressive Conservative MLA who served under both Peter Lougheed and Don Getty. 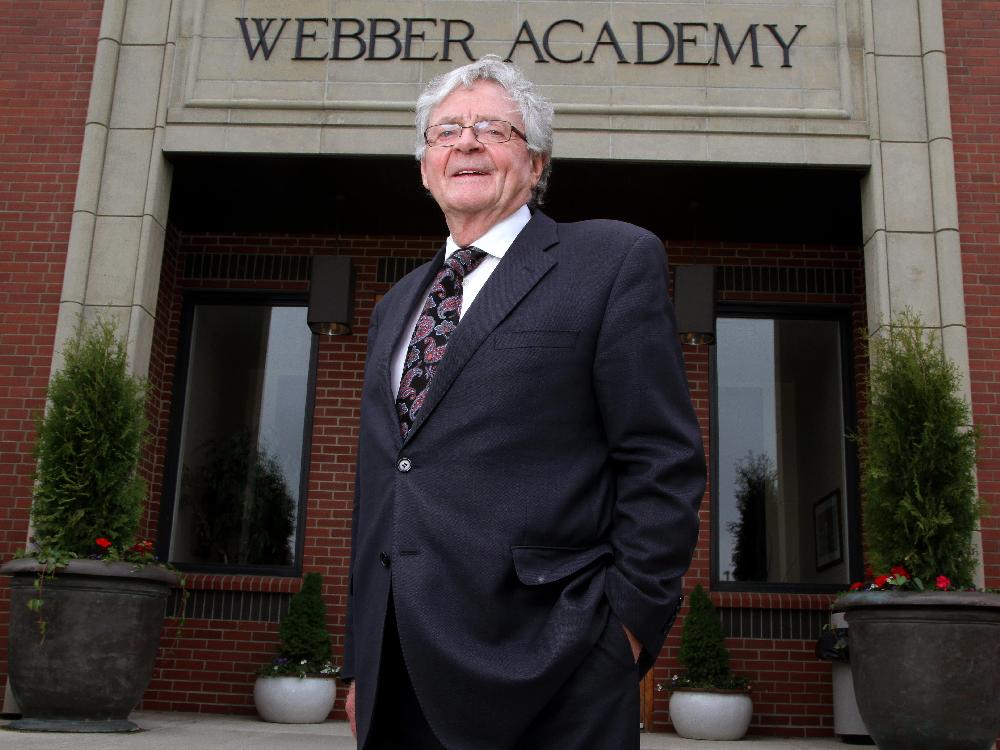 In a recent interview, the 81-year-old school president said his rationale for founding Webber Academy was: “I thought, wouldn’t it be nice someday to have a school where you have generally the top 25 per cent of the population for aptitude and the desire to learn.” Since opening, the school moved to a 47-acre campus in the city’s southwest, constructing a sizable school with two gymnasiums, a high-school science centre with five laboratory classrooms, a 500-seat performing arts centre and “cross country trails through the aspens.”

Amidst all that change, the 975-student school hasn’t strayed from its conservative roots.

Neil Webber’s son, Len, worked as vice-president of business administration at Webber Academy between 1997 and 2004 before getting elected as a Progressive Conservative MLA for a decade and later as a Conservative MP. Former board member Jim Silye was elected as a Reform Party MP in 1993. Another former director, Roy Wilson, was a member of the Social Credit caucus until 1975 — when he was defeated by Neil Webber. Veteran board member Milt Pahl was a PC MLA in the 1980s.

And we can’t forget Danielle Smith — former leader of the Wildrose Party and briefly a PC MLA — who served on the board between 2004 and 2009.

The high concentration of right-wing ideologues is certainly no coincidence.

According to a 2013 report by the far-right Fraser Institute, the average income of parents who send their children to Webber Academy is $190,200 for elementary school and $216,700 for high school. While that aforementioned $6,000 enrolment bond is refundable upon graduation or withdrawal, parents are encouraged to donate that amount to the school as it’s a non-interest bearing loan. As coyly noted in Webber’s latest info package: “The net present value of the bond could be sure that a donation now may be advantageous to you.”

In a 2012 Globe and Mail feature, Debby Carreau — a human resources executive and parent of two children attending Webber Academy — explained: “[Some parents] say, ‘my six-grand today will only be worth three-grand in 14 years, but if I donate it today, I'm going to have a $6,000 deduction’” and that “it helps the school, too.”

While such depreciation over 14 years might be a bit overstated, it’s clear that already affluent parents who can afford a “donation” of $6,000 stand to benefit the most from such an arrangement.

Webber Academy is also prospering a great deal — in part, because of the $30.8 million in public subsidies that it received between 2010 and 2017.

According to filings with Canada Revenue Agency, the school’s land and buildings are worth about $26 million. While the province doesn’t provide capital funding it does provide funding for plant operations and maintenance. The performing arts centre, opened in 2012, cost $14 million to build. For reference, the average cost of a new or modernized school in Alberta is $4.2 million. Webber holds another $3.6 million in capital assets.

It’s unclear what this money is being saved for, or why the government continues to give $5 million a year to a school that has over eight times that amount saved up.

Progress Alberta reached out to Lorne Webber, head of advancement and communications at Webber Academy, via email for comment about what the $42 million was being saved for, but he didn’t reply. 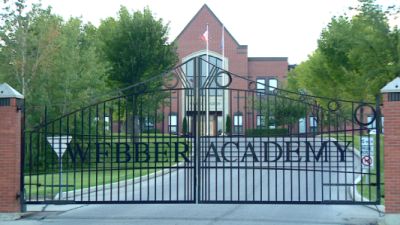 Webber Academy ranks among the top schools in Alberta, scoring a 9.7/10 from the far-right Fraser Institute. But as multiple studies have indicated, improved learning outcomes at private schools are almost entirely based on the socioeconomic backgrounds of students. A 2015 report from Statistics Canada concluded: “Students who attended private high schools were more likely to have socio-economic characteristics positively associated with academic success and to have school peers with university-educated parents.”

And like all private schools Webber Academy ultimately gets to pick and choose what students they want to admit to their school. By contrast, a neighborhood public school has to accept any student who applies - by law.

And while anonymous online reviews must be taken with a grain of salt, a few common trends emerge in such criticisms of Webber Academy: that there’s a high turnover of staff while members of the Webber family retain top positions, extremely high pressures on students and that the new performing arts centre is very underused for its price tag. One former student wrote: “Once you enter the school and become part of its culture you gradually realize how the entire school system is a self-advocating machine.” Another person argued that “the highly academic school focuses only on self promotion and is unwilling to believe in their students.”

In 2015, Webber Academy was fined $26,000 by the Alberta Human Rights Commission for denying two Muslim students the right to openly pray on campus grounds. Two years later, Neil Webber told the media they “haven’t changed a thing” since the appealed decision.

Despite this, Alberta is currently subsidizing Webber Academy at the rate of more than $5 million per year.

This ridiculous subsidy to Alberta’s one per cent has to end.

In the mid-1980s, as the PC government was unleashing austerity on the province and cutting funding to research budgets and social service agencies things like alcoholism and heart disease spiked. The labour movement, and specifically social workers, were critical of the governments heartless approach to dealing with the poor. Neil Webber — then the minister of Social Services and Community Health for the Tory government — said “We don't fund our critics.”

We agree, Neil. It’s time to defund elite private schools like Webber Academy and invest in a stronger K-12 public education system where everyone can get a high quality education regardless of their financial status.