While a 32 candidate Ward 12 by-election has a lot of variables at this point it’s narrowed down to a few candidates with the money and organization to run a credible campaign. The top five in my opinion are:

I’m terrible at predictions and I have no idea what’s going to happen on February 22 but this race will be all about boots on the ground. It will be about knocking doors, connecting with people and dragging them to the polls on election day. A dozen votes could literally swing this election, it will be tight no matter who wins.

And while I don’t know who will win I will tell you who I want to win. 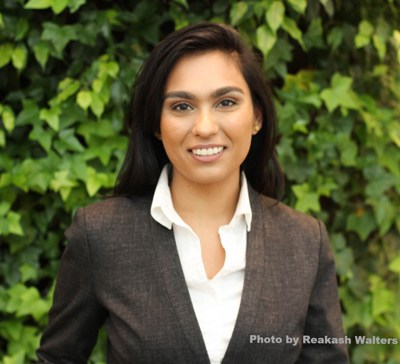 Losing Amarjeet Sohi to federal politics was a big loss. He was a solid progressive dude, came from labour, worked hard and listened, was good on the LGBTQ/feminism file and people liked him. But with him gone you take a step back and it quickly becomes obvious just how much Edmonton’s city council skews towards middle aged men. There is a big hole on council and we can’t afford to fill it with another PC or even Wildrose style conservative.

And there are PC and Wildrose footprints all over this race. Laura Thibert was briefly nominated as a Wildrose Party candidate before the 2015 election. As a member of the extremely dysfunctional Edmonton Catholic School District she voted against establishing a sexual orientation and gender identity policy. Thibert did not support Gay Straight Alliances. And Thibert also voted against Erin’s law, a motion to support eliminating childhood sexual assault.

Danish Bhaloo’s campaign manager is the current VP of comms for the PC Party. And former PC MLAs Heather Klimchuk and Stephen Mandel have also endorsed her.

Arundeep Sandhu was a junior Tory who spent most of his time as a ministerial assistant moonlighting as a full time communications consultant on Twitter. He was also the vice-president of organization for the PCs.

To be clear I’m not against political people getting involved in politics. It’s just that these particular political people should be nowhere near the levers of power. We had 44 years of conservative government here. We voted them out for a reason. City council is already hewing dangerously conservative and we can’t afford to replace Sohi with someone who will take Edmonton backward.

Nav has a compelling vision for Ward 12. She wants better public transit for the area and believes in a diversity of transit options. From our Ward 12 questionnaire:

“Ward 12 needs transportation options that cater to different needs, be it walking to the corner store, biking to a park, taking the LRT to work or bus to a friend, or driving children to school. To meet the needs of our growing communities, we need to be concurrently investing in both BRT [Bus Rapid Transit] and the LRT, as well as bike and foot-path infrastructure.”

She has a thoughtful take on Uber and is a stalwart ally of the LGBTQ community. She has done research and advocacy on gay straight alliances and she's committed to making Edmonton a safe place for gender and sexual minority youth, a group that is far too overrepresented when it comes to homelessness and suicide.

"I would work hard to elevate the voices of LGBTQ+ youth, and I would approach this work with an intersectional lens that takes into account the many ways in which youth can be marginalized. Race, ability, socio-economic status, religion, and other marginalizing factors can add further complications to challenges of our youth who are sexual orientation and gender minorities. I am committed to elevating the voices and addressing the concerns of under-represented groups, both within our youth and within our greater communities."

You can read her exact words on the three progressive issues that matter in this race: Uber, LGBTQ and LRT at the Progress Alberta Ward 12 questionnaire results.

So if you live in Ward 12 vote for Nav Kaur. If you don’t live in Ward 12 go help Nav Kaur. At this stage every campaign needs volunteers. It’s all ground game. Go knock doors, make calls and pull voters. If you can’t donate your time, donate some money. It all helps.åç

I'll be volunteering for Nav Kaur's campaign. Let’s get Nav Kaur on Edmonton city council. We'll be glad we did.