Unite Alberta Ltd. is being run out of the office of two former Wildrosers turned lobbyists

Jason Kenney's PC leadership campaign expenses are being paid for by a named Alberta corporation that is based out of the office of a lobbyist firm with close ties to the Wildrose Party.

Unite Alberta Ltd.'s registered office is listed as #301, 10080 Jasper Avenue, Edmonton. That is the same address as Alberta Counsel, a lobbying and law firm fronted by two former Wildrosers. 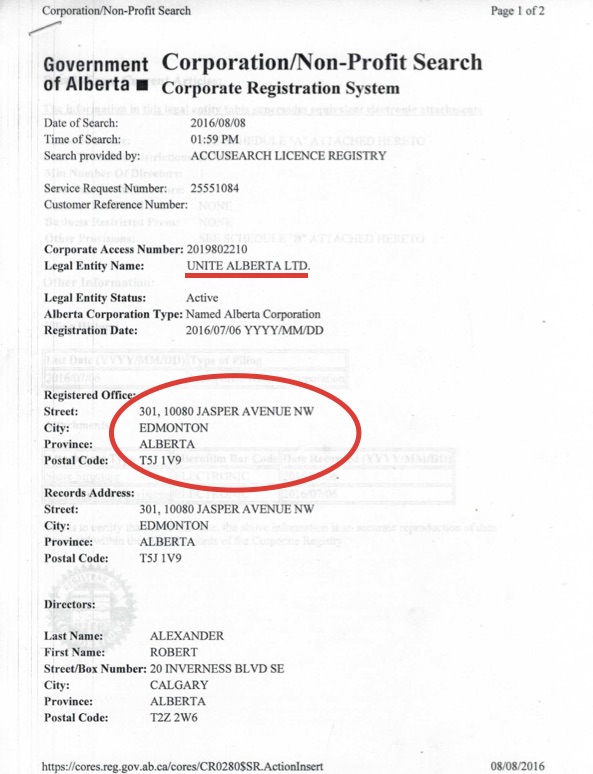 The firm also employs people with connections to the Progressive Conservative party and the NDP.

In the lobbyist registry Shayne Saskiw is listed as a registered lobbyist and as the president for Tappcar, an Uber-like ride-hailing app.

Some of the organizations that Jonathon Wescott is listed as a registered lobbyist for include:

There's another link between Tappcar and Kenney. The CEO of Tappcar is Tyson Phillips, a Wildrose employee both for Shayne Saskiw when he was an MLA and the party itself. Phillips was volunteering on Thursday, August 4th and Friday, August 5th when he posted these photos from the Kenney campaign trail. 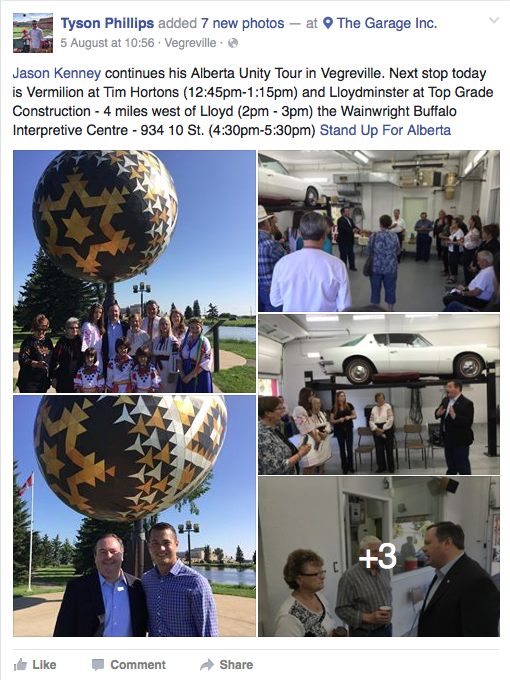 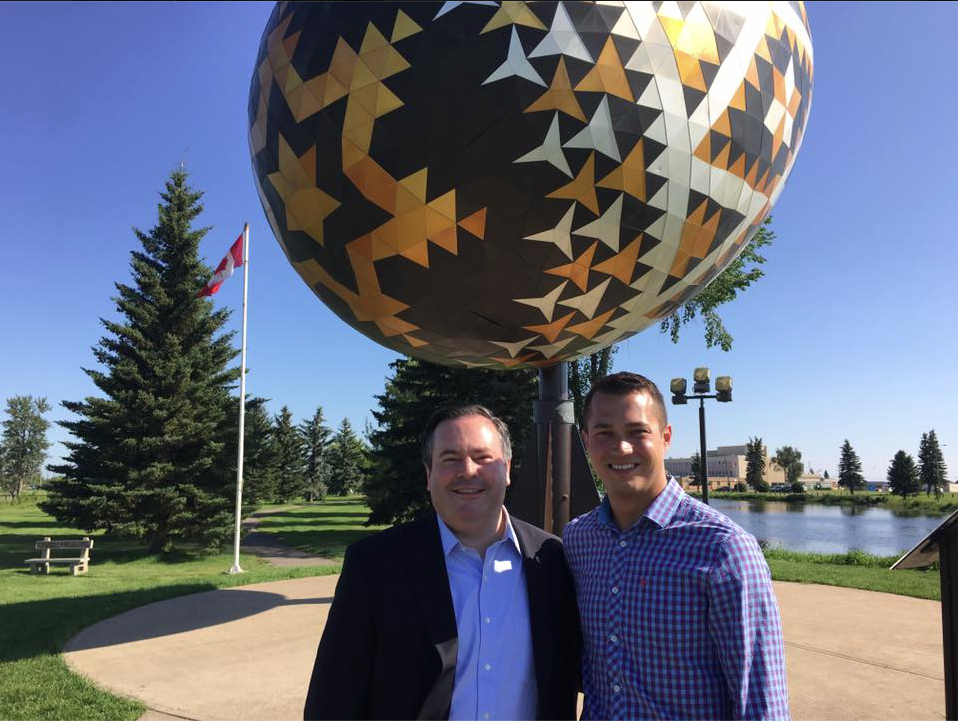 "I believe in the cause and was introducing Kenney to some people I knew in the area," said Phillips.

When contacted by Progress Alberta Saskiw sent this statement.

"Alberta Counsel incorporated Unite Alberta Ltd. on our client's behalf and provides legal advice as requested on elections and finance law in consultation with the Chief Electoral Officer of Elections Alberta.

Alberta Counsel is a law and government relations firm that is founded on the principle of multi-partisanship and is committed to providing comprehensive legal, government, and strategic stakeholder relations planning and advice."

Considering that Don Braid of the Calgary Herald said recently in a column that Jason Kenney is fast becoming the face of Alberta’s Progressive Conservative Party this Wildrose/Kenney connection might be something that Alberta's PCs should be concerned about.

From Don Braid. "Does this party have anything left in the tank, just a hint of fighting spirit?"

Only time will tell but for someone running for the leadership of the Progressive Conservative party Jason Kenney sure has a lot of people around him that are connected to the Wildrose Party.