The Private-Public Triple Flip: How Glenmore Christian Academy took advantage of the system

Glenmore Christian Academy in Calgary doesn’t offer gymnastics—but it should. The school has mastered the art of flipping from a privately run institution to enjoying the financial perks of being fully publicly funded and has now flipped back to being a private school.

Glenmore Christian’s gymnastics lesson offers a glimpse into the financial benefits available when a private school decides to join a public board. In 2006-2007 (the last year we have financial statements when they were still private) Glenmore Christian Academy spent $1.2 million total on operations and maintenance. In 2013-2014, the last year they were a ‘public’ school they spent $2.2 million on operations and maintenance on things like things like computer equipment, furniture, security cameras and upgrades to the school’s parking lot. All bought while the school was public, now stowed behind private doors.

“You are stuck with that relationship between that board and private school, an arrangement that doesn’t seem to favour the public part of that arrangement. The private school gets to pick and choose the parts they want to comply with,” said Carolyn Blasetti, executive director of Support Our Students, a parent led non-profit that advocates for an equitable public education system. 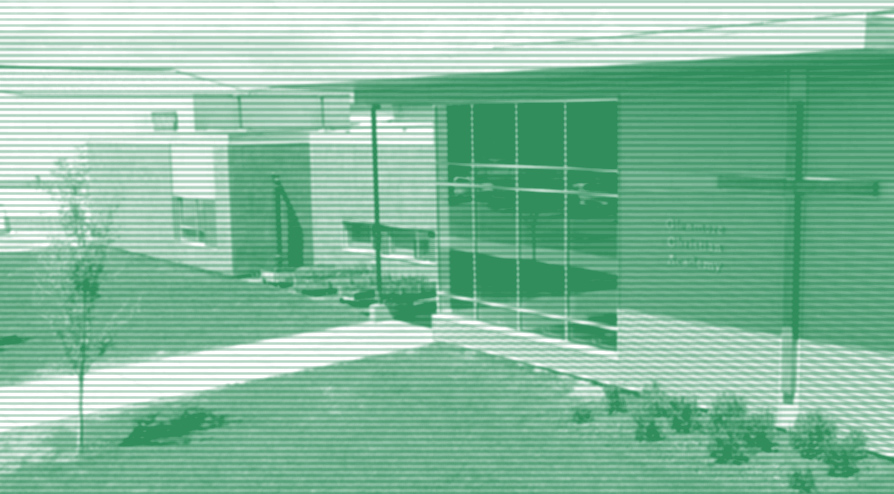 Today, even though it's a private school again, the situation at Glenmore Christian Academy isn’t all that different from when it was a “public” school. Parents continue to pay tuition fees of about $5300 a year. Instead of using public taxpayer money to maintain facilities, the school now charges a one-time facility fee of $2000.

It only took a few short months for Glenmore Christian, newly flipped back to being a private school, to get back to behavior that wouldn't fly in the public system—like teaching science classes that God is "the greatest scientist."

In the days when the school was under the Palliser school board it was double dipping—collecting the full complement of public funding on a per-student basis while still charging thousands of dollars per student in “fees.” Progress Alberta uncovered another private turned public school involved in the same double dipping scheme, Clear Water Academy, which charges more than $12,000 a year in “fees”. Unlike Glenmore Christian, however, Clear Water Academy remains “public.”

And there are a half dozen other private schools turned "alternative programs" that are fully publicly funded but still charge more than $3500 a year in fees.

For Glenmore Christian Academy, who got to use the taxpayer funding of a public school while not having to meet the standards of one, the benefit was obvious—but the arrangement got the Palliser school board more than their fair share, too. Palliser is a small rural school board based in Lethbridge that saw a way to increase declining enrolment by signing up faith based private schools as “alternative programs” in Calgary.

“For rural boards it’s been a way to get themselves out of difficulties,” said Blasetti.

And Palliser has its own issues. In February 2017, according to the Calgary Herald, the board fired its embattled superintendent amid an ongoing controversy over his leadership and alleged “abusive” behaviour.

When Glenmore Christian left the Palliser board they took with them 600 students and the government money attached to them. At the time the board said the loss of those students would have “significant financial repercussions." The board went to the government for transition funding but were denied.

Glenmore Christian refused to comment when contacted to explain the decision to join a public school board and why it reverted back to private school status.

The private to public and back to private manoeuvre, although unique to Glenmore Christian Academy, has been considered by other schools in Alberta. Master’s Academy in Calgary joined the Palliser board in 2008 and in December 2011 told the board it wanted to terminate its agreement and revert to private status. Over the next year, the Palliser School board convinced Master’s Academy to stay. Master’s Academy, by the way, charges $6715 a year in “fees," and a $7000 bond, even though it’s ostensibly a public school.

The reasons, financial and otherwise, behind Glenmore Academy’s private-public triple-flip aren’t clear. What is clear is that when private schools join public boards they should actually act like public schools and not simply take advantage of Alberta taxpayers.

IF YOU WANT PUBLIC FUNDS TO ONLY GO TO TRULY PUBLIC SCHOOLS SIGN OUR PETITION AND SHARE IT WITH YOUR FRIENDS.