St. Albert Catholic school board has spent over $367,000 taxpayer dollars to fire a teacher for being transgender

Why are taxpayers footing the legal bill? 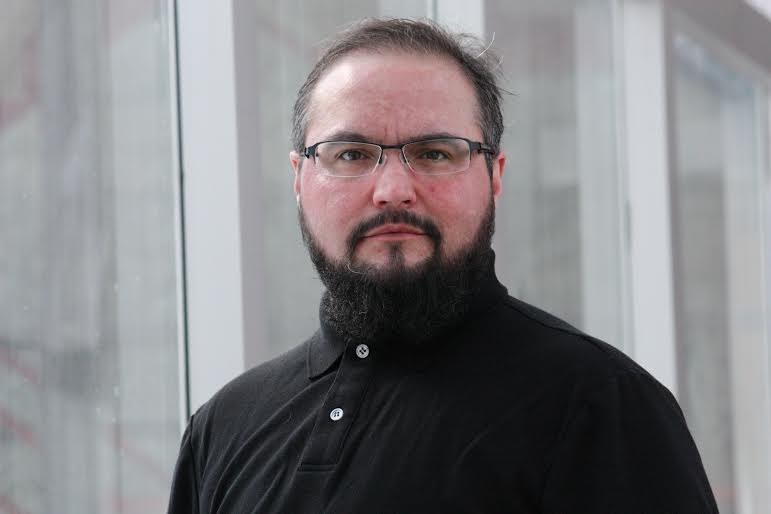 Jan Buterman is a transgender man and a teacher.

In October of 2008 Jan Buterman was fired from his job as a substitute teacher with Greater St. Albert Catholic Schools for being trans. There has been a long, drawn out legal case ever since.

Progress Alberta filed a FOIP request for the legal costs associated with this case. According to that FOIP request the St. Albert Catholic school system has spent at least $367,188 in public taxpayer dollars on legal costs for this case.

Yes. That's right more than $367,000 public taxpayer dollars have been spent in order to ensure that a 100 percent publicly funded school board really can fire a teacher for being trans.

The starting wage for a teacher in Alberta is $58,500. St. Albert Catholic school board could have paid the salaries of more than six entry level teachers for a year with that money. Conversely they could have just paid Buterman to be a teacher for the past six years and they probably would have come out even.

Unfortunately the taxpayers aren't paying for teachers with this money. Instead the St. Albert Catholic school board is spending it on lawyers working as hard as they can to make sure Buterman never works for them again.

Legal arguments and the long road to a judgement

So, can St. Albert Catholic fire Jan Buterman for being trans? That is still to be determined. The case has been bogged down in legal minutiae and procedural handwringing since 2009 when Buterman filed his original complaint. The last time this story hit the news was in March 2016 and the headline talked about time and money running out for Buterman.

“We have not gotten even to the investigation stage yet in my case,” says the frustrated Buterman, following the latest decision on March 17.

In Jan. 2014 Justice Sheila Greckol of Court of Queen’s Bench dismissed a St. Albert Catholic procedural motion and in her ruling she got to the heart of the matter.

“Five years have passed since the school board terminated Mr. Buterman. The voluminous and continual retreading of arguments at the commission, as well as this application for early judicial intervention on thin grounds, has served only to delay the hearing on the merits,” Greckol wrote.

“Human rights process is not only for the lion-hearted and well-heeled conversant with litigation, but also for the timorous and impecunious – for all Albertans.

“The expeditious resolution of complaints becomes an issue of access to justice; justice delayed is justice denied.”

In the Alberta Teachers' Association's declaration of rights and responsibilities for teachers the following is written.

Teachers have the right to be protected against discrimination on the basis of prejudice as to race, religious beliefs, colour, gender, sexual orientation, gender identity, physical characteristics, disability, marital status, family status, age, ancestry, place of origin, place of residence, socioeconomic background or linguistic background and have the responsibility to refrain from practicing these forms of discrimination in their professional duties.

When you boil down the arguments that the lawyers for the St. Albert Catholic school system are making it is essentially that the rules do not apply and they can do what they please.

The legal strategy of the St. Albert Catholic school board and their lawyers seems to be to delay the process, bully the defendant, say as little as possible and continue to appeal. Those strategies are perfectly fine legal strategy but we feel it's better to talk about their process out in the open.

In the course of the case the St. Albert Catholic school board lawyer has also requested extremely personal documents from Buterman:

To get a general idea of the legal wrangling that Buterman has been through here's an abridged timeline of his case.

This entire case is a shocking misuse of taxpayer dollars and it almost inconceivable that a 100 per cent publicly funded school board can waste our taxpayer dollars in this fashion. Jan Buterman is a teacher. He was not fired for being a bad teacher. He was fired for being trans. His case has gone on more than six years and the question at the heart of it - can a Catholic school board fire someone for being transgender - is no where close to being resolved.

Let's make sure this never happens again. Sign our petition at http://www.progressalberta.ca/invest_in_students_not_lawyers