Progressive Academy, a private school in Edmonton, sells its educational program by saying it’s based on “observation, study and practice.” Honourable goals, for sure. What’s not mentioned to parents is Progressive Academy’s connection to the teachings of L. Ron Hubbard, the founder of the controversial and oft criticized religion of Scientology, and the creator of a teaching method called Applied Scholastics. 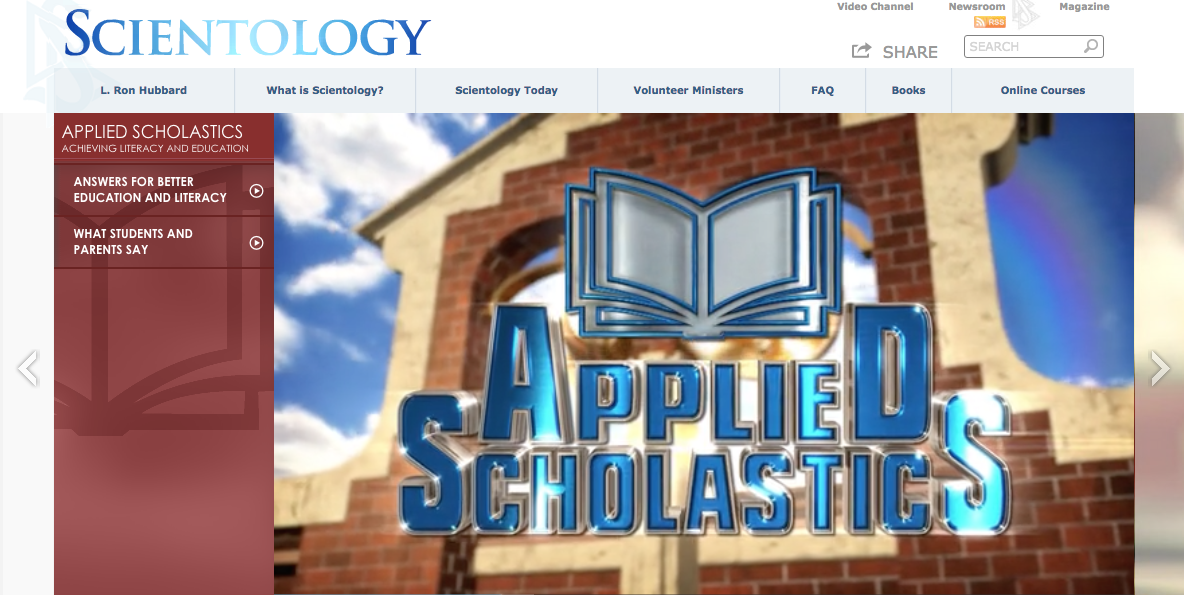 Applied Scholastics is not nearly as controversial as Scientology, it is however, one of Hubbard’s lasting legacies years after his death in 1986. Taught to millions of students around the world, Applied Scholastics uses something called “Study Tech,” a method of teaching that claims it can help any student overcome barriers to studying and learning. This method was developed by Hubbard and is currently taught at Progressive Academy.The school’s executive director C-Anne Robertson confirmed the school pays licensing fees to the Canadian branch of Applied Scholastics for use of this teaching method but refused to say how much. Schools based in the United States have been required to pay four percent of their total revenue to Applied Scholastics. The head office of Applied Scholastics, based in Missouri, did not return emails from Progress Alberta to confirm whether this is the current rate schools are required to pay.

What we do know about the Edmonton school’s finances is that since 2010 through to 2016 Progressive Academy has received $4.2 million in government funding. Private schools in Alberta receive the most expensive public subsidies in Canada - they receive 70 percent of what a student in a public school would receive in operational funds. The school also fundraises through the Progressive Academy Education Society, the school’s charity registered with Revenue Canada, and charges an average of $8700 a year in tuition.

But the big question remains. Should the government be funding a school with ties to Scientology?

The current and long serving executive director of the school, C-Anne Robertson, has previously told the Calgary Herald, that she is a member of the church, and that the school does not teach Scientology and is not a faith-based school. During a conversation with Progress Alberta, Robertson refused to confirm her connection to the church or answer any questions about the school but did say Progressive Academy provides an excellent education and has top-notch teachers. The school is also required to teach the Alberta Programs of Study.

Parents that Progress Alberta spoke with who have attended open houses at Progressive Academy claimed they saw no evidence linking the school to Scientology, although school officials during those meetings admitted that some of the staff at the school do attend the Church of Scientology of Alberta based in Edmonton. 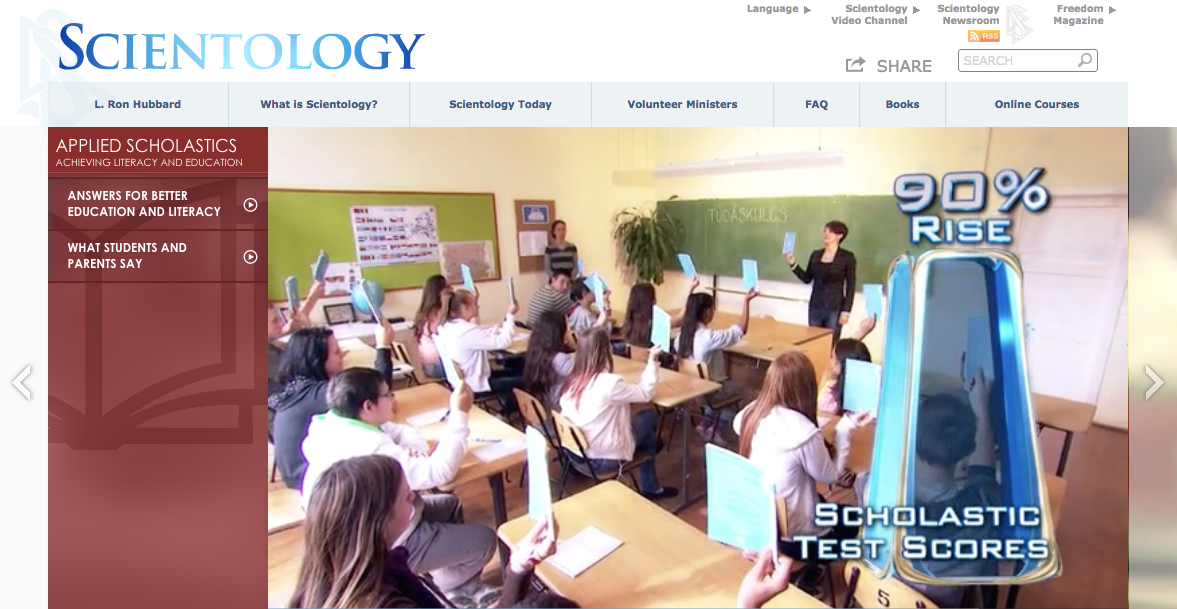 Critics of Scientology offer a more blunt assessment saying Applied Scholastics is a front for the church and its believers. “It is covert religious instruction,” said David Touretzky, a research professor in the Computer Science Department and the Centre for the Neural Basis of Cognition at Carnegie Mellon University.

Touretzky’s main criticism with Applied Scholastics is that it teaches students concepts that are demonstrably false. He quoted from one of the Basic Study Manuals of Applied Scientology that said: “the only reason a person gives up a study or becomes confused or unable to learn is because he or she has gone past a word that was not understood.”

Touretzky called this idea garbage. “People might be confused for other reasons: perhaps the writing is poor, or the ideas themselves being expressed are poorly thought-out. People might give up a study because they find that the subject matter doesn't interest them, or they just think the writer's ideas are dumb,” he said.

“Study Tech isn’t appropriate for children,” said Touretzky, adding that Study Tech’s focus on misunderstood words is “‘an intentional and effective device for suppressing critical thought.” Touretzky pointed out that if a student disagrees with what is being taught it is assumed the child doesn’t understand.

“All disagreement is dismissed as misunderstanding—a dangerous attitude for an educational system to promote,” he said.

Progressive Academy is currently the only school using Applied Scholastics in Alberta, although there are other institutions who use it throughout Canada, including a school in Toronto that came under fire when it decided to offer the teaching method to its students.

But at the end of the day here in Alberta we have a school with a questionable teaching approach, possibly paying licensing fees to a third party organization connected to Scientology while also receiving millions in taxpayer dollars. How about this for a progressive idea: either cut the link to Scientology or cut your ties to government funding.

KEEP APPLIED SCHOLASTICS AWAY FROM KIDS. EMAIL YOUR MLA.