Why we're filing an ethics complaint against Robin Campbell, president of the Coal Association of Canada

Why we're filing an ethics complaint against Robin Campbell, former Tory cabinet minister and president of the Coal Association of Canada 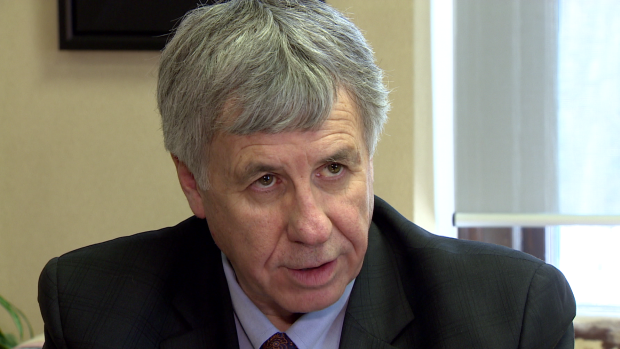 This morning we filed a complaint with the Hon. Marguerite Trussler, Q.C, the Ethics Commissioner of Alberta. The complaint concerns the actions of Robin Campbell, the president of the Coal Association of Canada and the former minister of both environment and finance under the PC government.

As a former cabinet minister the Conflicts of Interest Act applies to him. Specifically;

This is what's commonly referred to as a cooling off period and it's there for a good reason. We don't want former cabinet ministers taking advantage of their privileged position as a public office holder in order to privately benefit. Former cabinet ministers have knowledge about how government processes and personnel that no outsider could possibly know.

While the exact date of when the cooling off period expires is unknown there is no doubt that it is still in force. The last election was held on May 5, 2015 and in a recent radio interview on the Ryan Jespersen show Campbell mentioned May 26 as the day when it expired.

(i) in relation to either a consultant lobbyist or an organization lobbyist, to communicate with a public office holder in an attempt to influence

(D) the development, establishment, amendment or termination of any program, policy, directive or guideline of the Government or a prescribed Provincial entity.

(E) the awarding of any grant or financial benefit by or on behalf of the Government or a prescribed Provincial entity,

The Lobbyist Act definition of what constitutes grassroots communication is particularly relevant.

I leave the question of whether Robin Campbell violated the Conflicts of Interest Act to the ethics commissioner but many of the statements and actions over the past months by Robin Campbell are certainly worthy of further examination.

Since becoming president of the Coal Association of Canada Robin Campbell has visited Grande Cache, Edson, Warburg, Wabamun, Stony Plain, Forestburg, Hanna, Rocky Mountain House and Crowsnest Pass as part of the Coal Association of Canada’s ACT for the Future campaign which is detailed here. These events are open to the public and are heavily publicized.

“Campbell asked the group to keep comments away from the politics of the situation other than to write their MLA, the premier, the minister of environment and the energy minister to help put a face on those who would be negatively impacted by the loss of coal energy.”

Robin Campbell, president of the Coal Association of Canada, said Monday the provincial government should reconsider its plan to phase out 18 coal-fired generators by 2030, because it will be costly and put Albertans out of work.

“We think we can burn it [coal] clean. We would like the government to spend money on research and technology to reduce emissions then patent it and sell the technology worldwide.”

“Campbell said the NDP government should instead invest in research and development to allow the power plants to continue to burn coal.”

There are many more but you get the point. Beyond the quotes in the media eyewitness reports from these events also confirm that Robin Campbell urges attendees to contact public office holders about stopping the government's plan to phase out coal.

However you feel about the phase out of coal here in Alberta Robin Campbell needs to obey the law when it comes to his cooling off period. We look forward to the results of the ethics commissioner's investigation.