Edmonton's city council meets on July 5 to debate their proposed transit strategy -- which includes possibly cutting service in low-ridership areas and replacing it with privatize transportation companies like Uber. Now's the time to reach out to your councillor and tell them to keep public transit public.

Here's the proof: Data and analysis on Edmonton's carding problem

It’s important to show your work. As the issue of ending the systemically discriminatory practice of carding continues to bubble up it’s worth examining how we got here.

Reconciling Alberta's racist past means we must end carding

In 1991 war overtook Somalia and my parents left its capital city, Mogadishu, and fled to Kenya. In 1994 I was born, and in 1997 my family arrived in Edmonton as refugees. I have been here for twenty years, and I’ve come to know this city well -- including its history.

Carding—the police practice of arbitrarily stopping people in public for identification and questioning—has come under fire as discriminatory and a violation of civil rights. And while many jurisdictions are working to reduce or eliminate this practice, it is still commonplace here in Alberta.

As part of our investigation into the problem of carding in the province, Progress Alberta spoke with lawyer Miranda Hlady about the situation in Lethbridge.

Edmonton’s public transit system is about to drastically change.

The process is called carding and it systematically violates people’s Charter rights, human rights, and privacy rights. And that’s not just us saying that, it’s the Law Union of Ontario. It's not only probably illegal but it's also just straight up racist.

Is this Jason Kenney confidant running against him—or for him?

Doug Schweitzer was Jason Kenney’s scrutineer for the official count of ballots that determined the leadership of the PC party. This is a key position—a position only given to someone with the deep, implicit trust of the candidate in order to observe the casting and counting of ballots.

Doug Schweitzer is also running to be the leader of the United Conservative Party against Jason Kenney.

The Private-Public Triple Flip: How Glenmore Christian Academy took advantage of the system

Glenmore Christian Academy in Calgary doesn’t offer gymnastics—but it should. The school has mastered the art of flipping from a privately run institution to enjoying the financial perks of being fully publicly funded and has now flipped back to being a private school.

Parents for Choice in Education: A look into the powerful and politically connected group that wants to out LGBTQ students 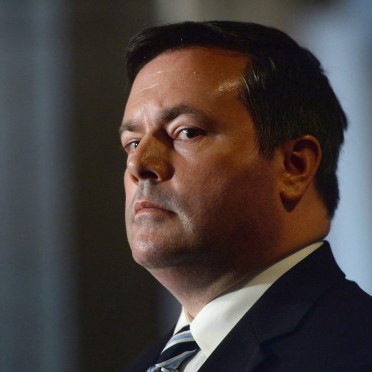 The shadowy advocacy group behind Jason Kenney’s efforts to out students who join gay straight alliances or GSAs has a name.

Progressive Academy, a private school in Edmonton, sells its educational program by saying it’s based on “observation, study and practice.” Honourable goals, for sure. What’s not mentioned to parents is Progressive Academy’s connection to the teachings of L. Ron Hubbard, the founder of the controversial and oft criticized religion of Scientology, and the creator of a teaching method called Applied Scholastics.