Say hello to the most elite private school in Alberta: Strathcona-Tweedsmuir School

Taxpayer subsidized private school’s motto is “Nothing But the Best”

On a beautiful and massive campus on 160 donated acres south of Calgary, Strathcona-Tweedsmuir School has carved out a niche as one of the most elite and expensive private schools in Alberta.

The school charges more than $21,000 a year for tuition and raised more than $25.1 million in private funds from its associated foundations in just the past year. And since the 2010-2011 school year this elite private school has pulled in $20.5 million in public subsidies from the taxpayers of Alberta. 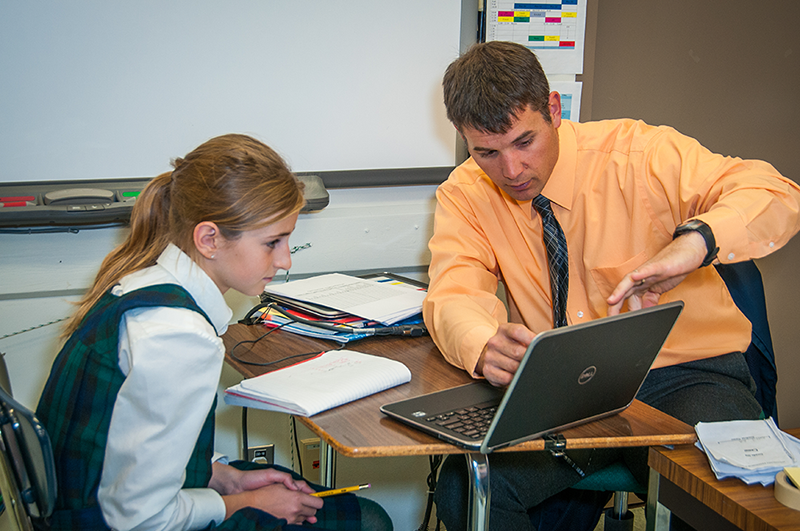 So what does most expensive private school tuition in Alberta buy you? The school’s website sells you on its top notch academics, access to the International Baccalaureate program and “exceptional programs in a unique setting, with an enduring sense of community.” Translation: boating lessons on the campus pond, cross country skiing on groomed trails at the school and access to top golf coaches.

Make no mistake — this school wins at everything it does, living up to its motto “Nil Nisi Optimum - Nothing but the Best.” And it spares no expense — public or private — in pursuit of this goal.

“I do separate STS from other private schools, it is special,” said Aimee-Jo Benoit, a Strathcona-Tweedsuir alumni from 1997 who is fierce in her defence of her private school education. The tuition she paid bought her what she described as a well-rounded education, great friends and memories.

“It’s hard when you see something that you love being attacked. I think that often times when there’s trouble people turn to what they perceive as the rich, and say you know, give us your money, almost like Robin Hood. But really, it’s not all rich kids.”

Okay, so it’s not all rich kids, but many of the donors to the school and those who sit on the school’s board of governors are wealthy and influential. Their board of governors includes the former Canadian president of the largest PR firm in the world, Calgary Herald business columnist Deborah Yedlin and Ted Rozsa, a man who has a recital hall built in his name at the University of Calgary.

The public subsidies that flow to elite private schools like Strathcona-Tweedsmuir represent a lot of money — and it’s money that organizations like Public Interest Alberta and 13 other education and labour groups (including Progress Alberta) recently said is desperately needed in the public system, rather than in private schools that have deep fundraising pockets.

“Private schools in Alberta receive some of the highest subsidies in Canada, while core government campaign promises in education remain unfulfilled,” Joel French, the Executive Director of PIA, said at a press conference in February.

French’s argument has weight when you consider Strathcona-Tweedsmuir’s current capital funding campaign and its capacity to raise millions. For the past two years the school has been courting its wealthiest alumni, a group that includes the billionaire Mannix brothers, to step up and shell out for its $25.1 million fundraising campaign.

To be fair, government money cannot be used by private schools for capital costs so, if Strathcona-Tweedsmuir wants to build a new building, they must rally their troops. Strathcona-Tweedsmuir is currently close to achieving its fundraising goal and plans to open a new 60,000 square foot building in the fall of 2017. When it opens it will include a new elementary wing and a bigger fine arts and performing arts space, heralded as “state of the art and probably the best in North America,” by one of the teachers at the school. To top up its capital bank account, the school will host a black tie gala, $185 a ticket, in April.

The fact that any organization can raise $25.1 million dollars in such a short span speaks to the wealth of the school’s alumni but also to the deep affection so many have for this institution perched on 160 acres of farmland south of Calgary in Okotoks.

Strathcona-Tweedsmuir was born out of a merger of two schools in 1971: the Strathcona School for Boys and Tweedsmuir, an academic school for girls. The school itself has a long history of fundraising, as that merger in the ‘70s came about thanks to a large donation of money from the W.H. Atkinson family and the donation of land from the Cross family.

Even today, the rolling fields and the wide open spaces are what students who graduated from the school decades ago still remember. Currently, 675 students go to Strathcona-Tweedsmuir. For each student, the Alberta government gives the school about $5200 per student, or 70 percent what they’d fund for the same student to attend a public school.

“Basically it costs a lot of money to provide the quality of programming we’re offering. If you take that money away, the only way to raise it would be to increase tuition,” said Dr. William Jones, head of the school in an interview. He’s been head of the school for a decade and has been actively involved in the capital fundraising campaign.

“Fundraising is critically important. We wouldn’t be here without it.”

But could Strathcona-Tweedsmuir exist without government funding?

Sure, it could. But something, or rather someone, would have to give. 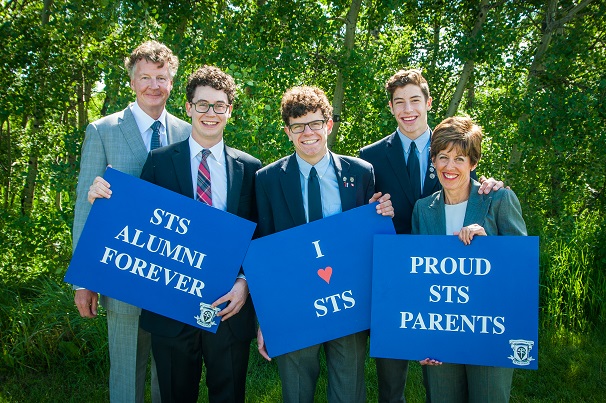 Faced with the prospect of defunding Strathcona-Tweedsmuir, Jones said the school couldn’t possibly tap its donors any further and instead said he favoured tuition hikes adding that putting more pressure on fundraising campaigns would be unsustainable. Instead tuition would have to be “raised significantly.”

In their 2016 financial statements (page 35-36) Strathcona-Tweedsmuir had $5.8 million in cash or cash equivalents listed as assets. When you look at the Canada Revenue Agency disclosures for Strathcona-Tweedsmuir School there is $1.9 million dollars in leftover revenue for the 2015-2016 year.

The total subsidy from taxpayers to Strathcona-Tweedsmuir School for the 2015-2016 school year - $3.6 million.

As pro-private school advocates love to remind us, parental choice in education is important. But if private schools do end up being defunded the parents of the students at Strathcona-Tweedsmuir would have a choice – find another million or two in the couch cushions or cut back on climbing walls, golf coaches or laptops for every grade 6-12 student.

Elite private schools are expensive, unfair and downright wasteful. Sign our petition to send the message to the education minister: "Stop Wasteful Spending on Private Schools." Take action now before spending is locked into another budget. 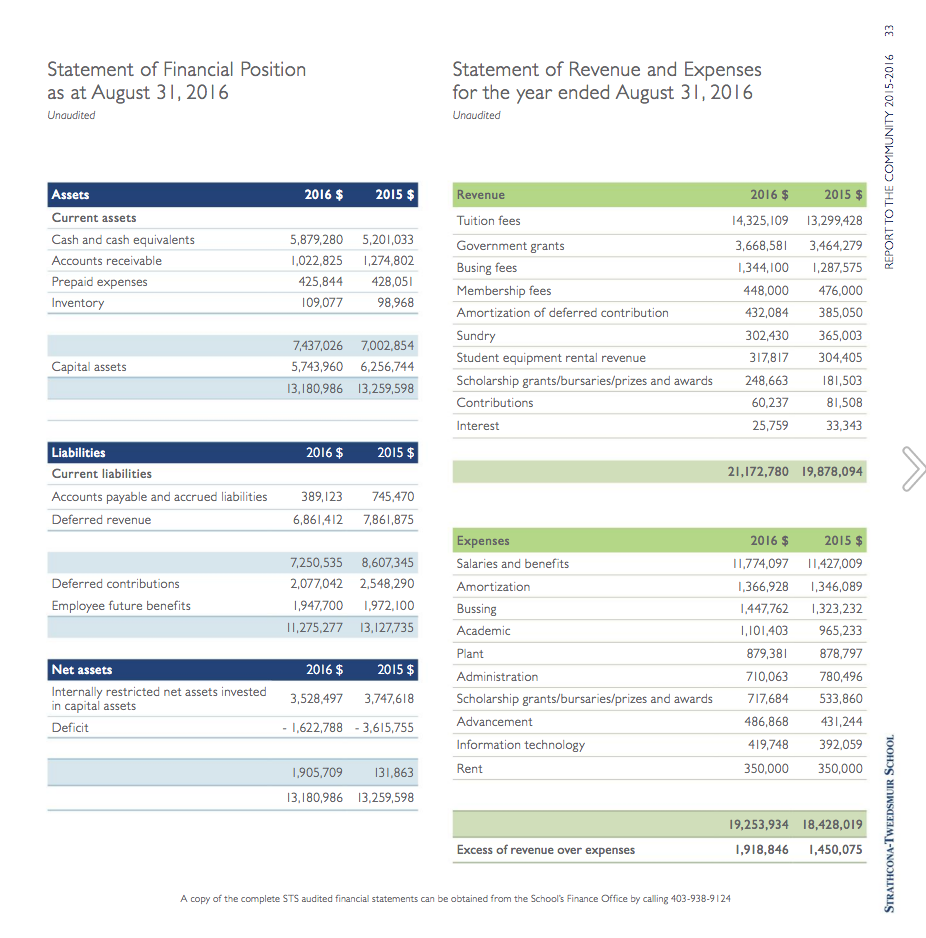