Edmonton based Postmedia columnist Lorne Gunter wrote a column on December 6, 2016 defending Ezra Levant and the controversy surrounding him during a recent rally he held where protesters chanted “lock her up,” in regards to Premier Rachel Notley.

In the column where he went to bat for Levant, Gunter failed to disclose the fact that he had recently received a free cruise from the man. In a tweet Gunter from December 6th he said, “I did cruise free in return for speeches & social events w guests.” 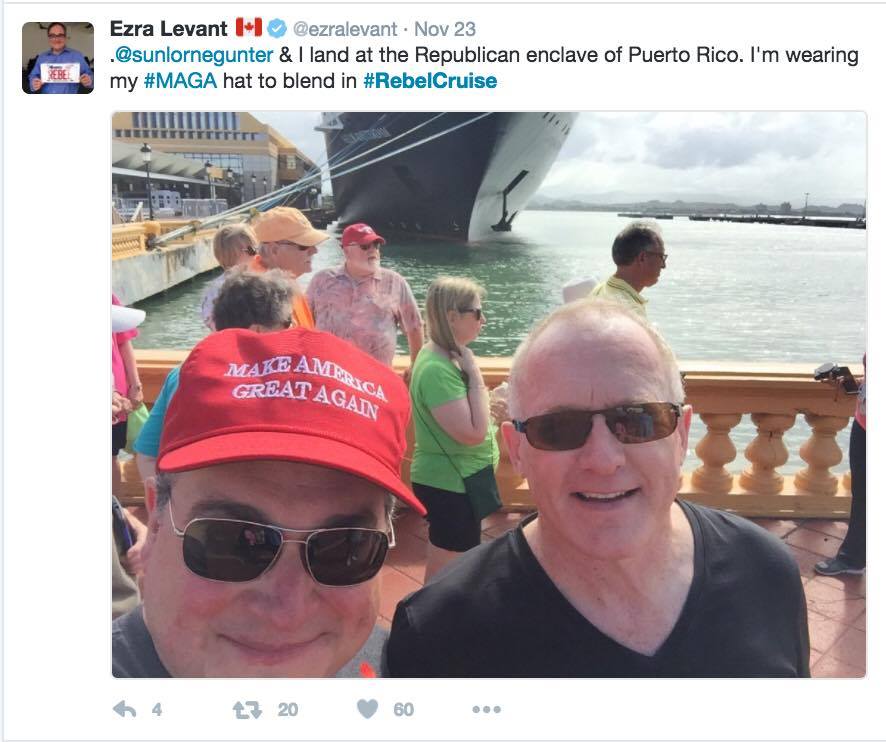 This was part of The Rebel Cruise, a weeklong cruise from Nov. 20 to Nov. 27 around the Caribbean featuring Levant and several right wing news personalities. Milo Yiannopoulos, a noxious online troll famous for being permanently banned from Twitter, was originally slated to be the star speaker but it appears as if he backed out at the last minute leaving Gunter to step in.

We don’t know the full value of the free cruise that Gunter received but the cheapest available room on the cruise cost $1939 for a single occupant. The most expensive stateroom costs $7,469. At this point it’s not clear if the cost of Gunter’s airfare was covered as well.

It also appears as if Gunter may have violated the terms of Postmedia’s Code of Business Conduct and Ethics.

When encountering a difficult situation, Postmedia Personnel should ask themselves the following questions:

Postmedia Personnel should be able to answer “Yes” to each question, and should use their best judgment and common sense, keeping in mind that they are required to comply with both the content and spirit of this Code.

Within the Code of Business Conduct is a section on Gifts and Entertainment. Here is a list of the type of gifts that are allowed. 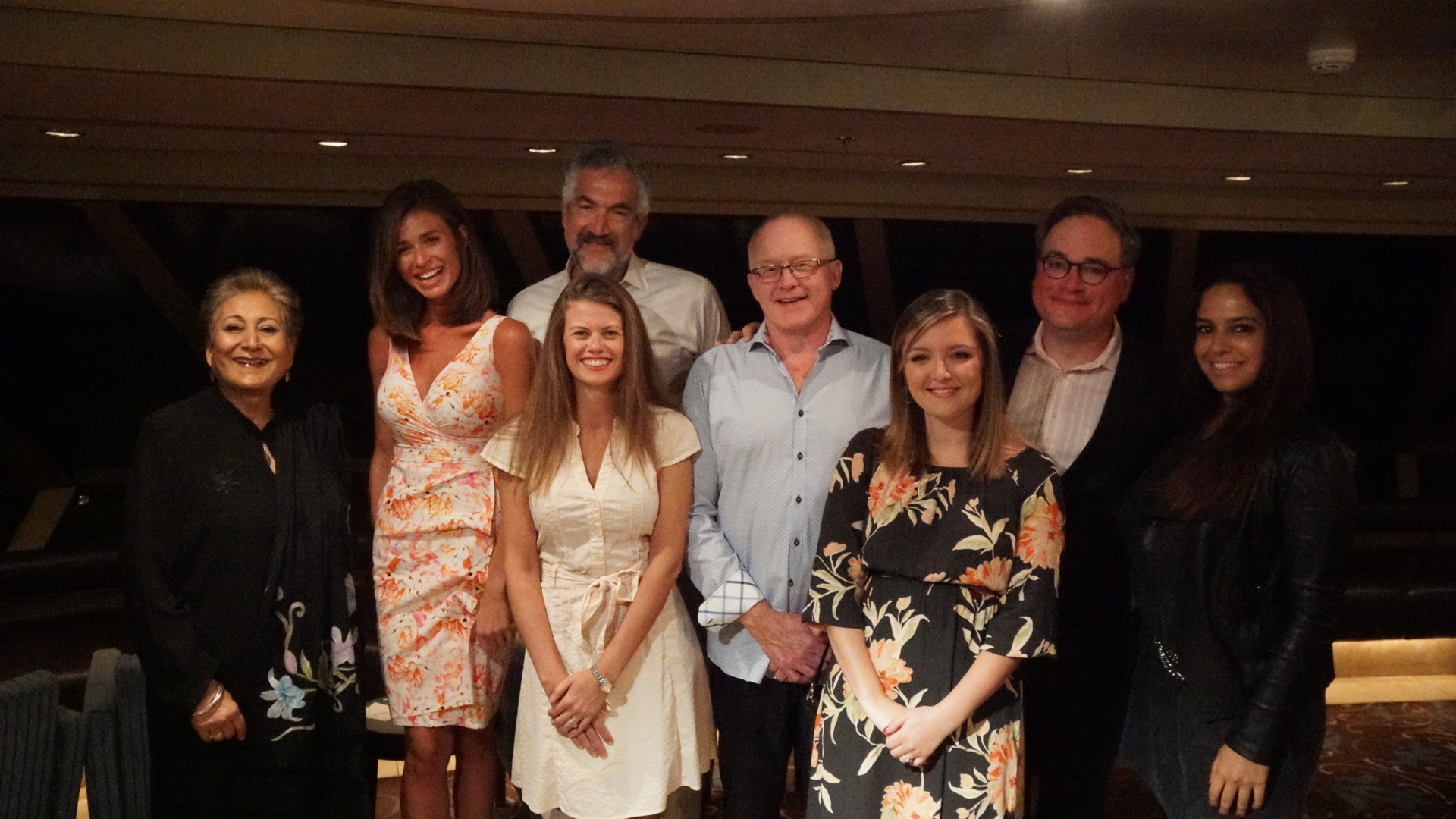 I contacted Edmonton Postmedia editor Mark Iype to ask him some questions about this matter. Here is an edited version of a brief email message he sent to me.

“As for the cruise, Lorne was asked last minute to fill in for a panelist who had cancelled.

As Lorne himself has said on Twitter, in retrospect there should have been a disclosure in his column when he wrote about the rally. No doubt.”

In another brief follow up Iype said, “Like I said in the previous email, there absolutely should have been a disclosure by Lorne in the column about his trip with Rebel Media. And Lorne himself has acknowledged this. Otherwise, don’t think I can provide you with much else.

Gunter has said in a couple of tweets addressed to six people “My apologies to readers who think I failed them,” and “Maybe shld have disclosed it, but didn't change my opin.”

Iype did not make himself available for further questions. There is currently no disclosure in the column to inform readers about the gift.

Markham Hislop worked in and out of newspapers and magazines in the 80s, 90s and 2000s. He started an online news organization in 2008 is now the editor and publisher of North American Energy News.

“We rely on the major newspapers to uphold the ethical standards of journalism,” said Hislop. “We’ve seen the degradation of those standards in TV for a long time now. So print media is the last bastion of journalistic ethics and this seems to be a complete sellout by the Edmonton Journal. I’m very disappointed.”

“In the strictest sense of journalistic ethics it would not be considered ethical. Taking the trip in the first place is a massive red flag,” said Field.

“The second question is the lack of disclosure. Once you decide to take that trip and then report later on about Levant without disclosing that, that would be an ethical breach as well for most journalism organizations.”

If you think this is unacceptable email Mark Iype, the editor of the Edmonton Postmedia outpost and Lorne Motley, his boss, and let them know about your concerns.

Click here to sign our Postmedia Petition to demand disclosure. Newspapers only work if regular people can trust that they're making an honest attempt to tell the truth. That hasn't happened here. We need to send Postmedia a message.

UPDATE: A disclosure has been added to Lorne Gunter's December 7, 2016 column. It reads Disclosure: Lorne Gunter recently appeared on a cruise hosted by Rebel Media, which organized the rally, as a guest speaker, participating in panel discussions, and engaging with guests. Inquiries are into Edmonton Journal/Sun editor Mark Iype as to when this disclosure was added and whether anything will appear in the print version of the newspaper. The disclosure also does not currently appear in mobile versions of the story. 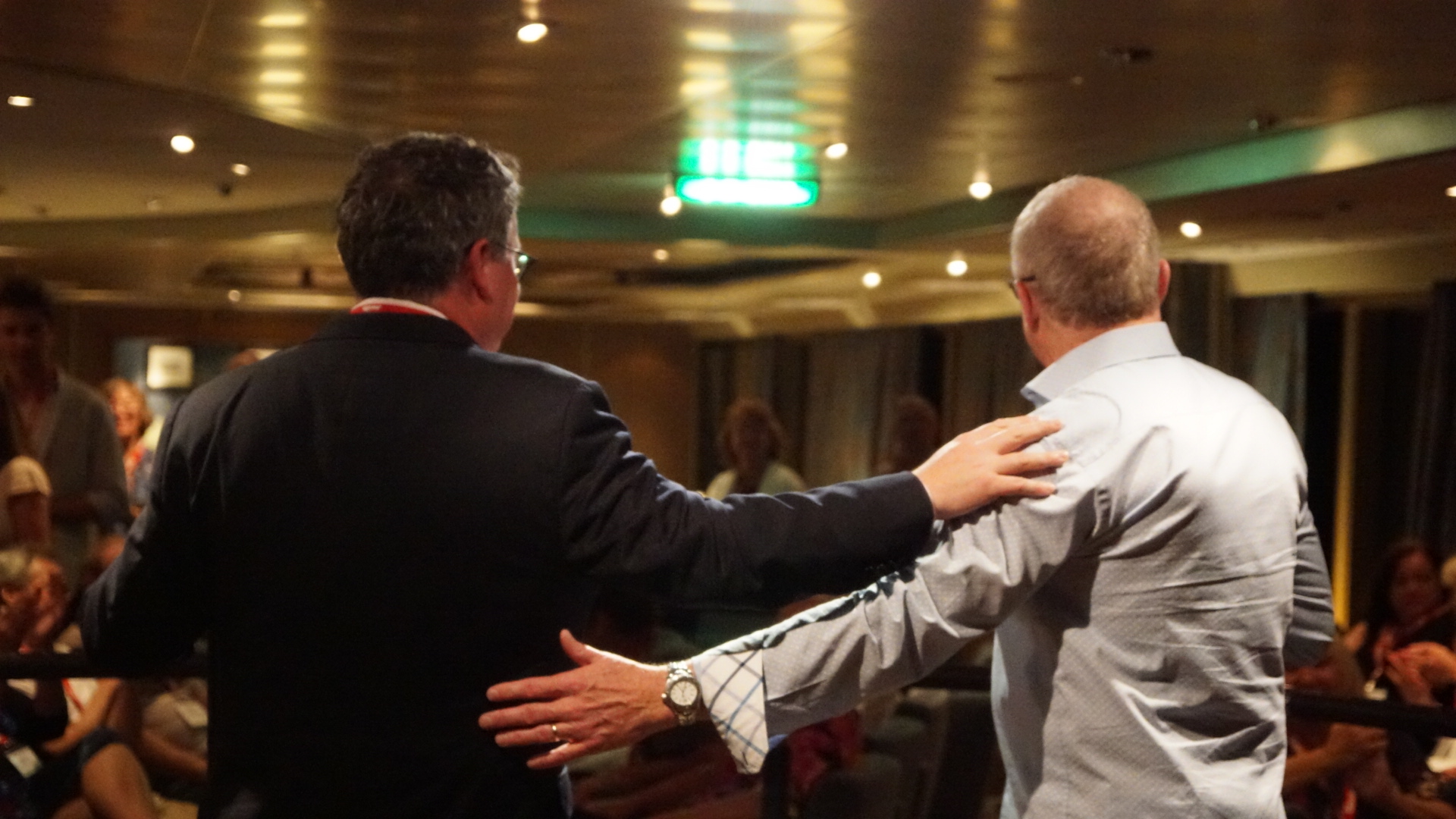