The process is called carding and it systematically violates people’s Charter rights, human rights, and privacy rights. And that’s not just us saying that, it’s the Law Union of Ontario. It's not only probably illegal but it's also just straight up racist.

The issue has gained notoriety in Toronto, as advocates like Desmond Cole and Jagmeet Singh have done incredible advocacy work on the file. But it’s not just a Toronto thing it happens in Alberta as well. 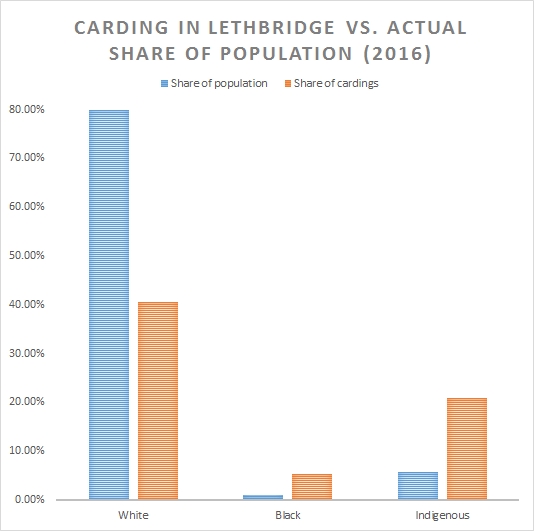 There are just over 100,000 people living in the southern Alberta city of Lethbridge. It’s a town most famous for its striking railroad bridge, impressive coulees and dramatically-situated university. Lethbridge is also 80 per cent white, according to the last census, yet white people only make up 40 per cent of carding incidents in 2016. By contrast, Indigenous people, who make up less than 6 per cent of the population, were the targets of over 20 per cent of all stops. People who identify as being of African descent or heritage make up less than 1 per cent of the city’s population yet black people were the targets of nearly 6 per cent of stops.

To put that in context: if you are an Indigenous person in Lethbridge, you were five times more likely than a white person to be randomly stopped by the police last year. And if you’re black, you are eight times more likely to be carded.

Miranda Hlady, a defence lawyer in the Lethbridge area, acquired the data with a freedom of information request after concerned parents told her their kids were being stopped–often repeatedly.

“Before you even count the many people who weren’t identified, we’re already far higher than we should be in terms of the number of people with minority backgrounds carded. There’s a lot of disparity, particularly in regards to First Nations people.”

Cherilynn Blood is an Indigenous woman from the Blood reserve near Lethbridge. She attended a round dance in March 2014 in Lethbridge. She left the event with a friend as a passenger in his car and was followed by a police cruiser to the north side of town. After reaching an isolated, poorly lit street the officer pulled them over. The officer immediately carded Blood but not her friend who can pass as white. The officer claimed to smell marijuana, asked if they were intoxicated and the officer’s inquiries gave Blood the impression that he believed she was a sex worker.

Since Blood was a passenger and not the driver the officer did not have a valid reason to ask for her identification.

After being detained for roughly 15 minutes with no charge or citation they were eventually told to leave. Blood was not provided any receipt or paperwork and there was no follow-up by the Lethbridge police. When the driver asked why they were pulled over the police mentioned an obscured license plate and quickly left the scene.

“Carding is useless. Unless they see a criminal act just asking for ID of people on the street is unnecessary,” says Blood. 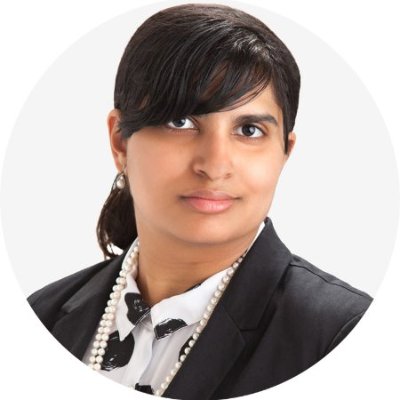 While carding has come under fire in other jurisdictions for its discriminatory nature and for its overwhelmingly toxic effect on police’s relationships with ethnic and Indigenous communities it’s not even a process that seems to have much use: in 2016, while 1007 people in Lethbridge were subjected to carding, only 31 charges were laid. While carding stops are ostensibly supposed to be reported, Hlady found that in 45 per cent of stops, the officers didn’t even complete or sign the reports.

“These carding reports don’t have the officers’ names on them. So there’s no sort of responsibility, I would suggest, for the street checks at all,” said Hlady.

“If the officers aren’t signing reports to this extent–and 45% is a very significant amount–then I don’t know that is something that should happen in Lethbridge.”

While Alberta Justice formed a working group on carding back in February 2016 it’s made up of representatives from Alberta Justice, the solicitor general’s office, and police agencies from across Alberta. It is noticeably lacking in representation from the communities who are victimized the most by carding. And to our knowledge no consultation has started yet with regards to talking to those affected communities.

While a province wide carding policy is supposedly in the works it’s up to regular people like us to ensure that the voices of people who aren’t police chiefs and civil servants aren’t drowned out in the process.

And speaking of police chiefs, Lethbridge police chief Rob Davis was asked about carding on June 1st at a Southern Alberta Council of Public Affairs event.

"And so we’re working with the provincial government to work out a framework for how that will unfold so that we’re respecting people’s rights but at the same time gathering information for us," says Davis.

He defended the use of carding in a follow up response and continued "We’re working with the Solicitor General to come up with what’s reasonable. Hanging onto (the data) for 30 years is not reasonable but there has to be a timeframe that is reasonable so it’s a work in progress.”

We disagree. Carding is racist. Carding is a violation of people’s Charter rights, privacy rights, and human rights. Carding needs to end and the data needs to be destroyed.

Help us send a message to the people who can change this. Write to city and police officials and demand an immediate end to carding in Lethbridge.