Why is this Member of Parliament tweeting threats?

Political discourse is getting worse in Alberta and a certain Edmonton Member of Parliament is right in the thick of it. 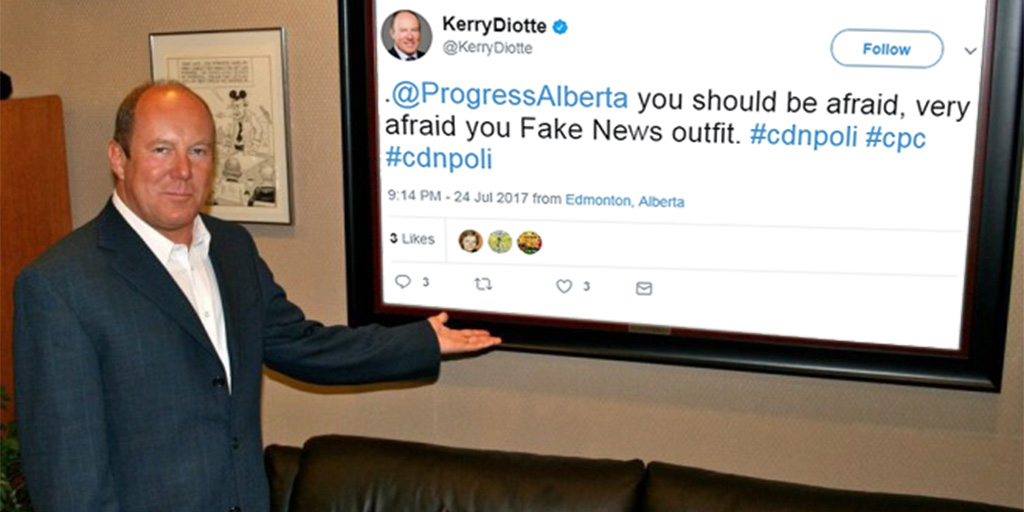 This is pure Trump politics rearing its ugly head in Alberta.

First of all – we’re not Press Progress, Kerry, you weirdo.

But even if we were it’s not all right to level threats at people you disagree with.

And it’s definitely not okay for a Member of Parliament to use his platform and followers to intimidate people for their political speech.

Kerry deleted his post the next morning but he hasn’t had the guts to apologize for it.

Do you think he should get away with that?

We think he shouldn’t be able to hide what he said. So we preserved his outburst for you.