As Epcor makes its fourth bid to acquire the city of Edmonton's drainage assets it's worth going over how we got here and why it's a bad idea to give up one of Edmonton's largest publicly owned assets to Epcor.

The City of Edmonton is holding a public hearing on Jan. 24 to discuss Epcor's proposal to acquire $3.1 billion dollars worth of publicly owned drainage assets.

This is the single most important decision city council faces before breaking for an election in the fall. As Epcor makes its fourth bid to acquire the city of Edmonton's drainage assets it's worth going over how we got here and why it's a bad idea to give up one of Edmonton's largest publicly owned assets to Epcor.

Here are the five big reasons why the city of Edmonton needs to retain control of its drainage system.

Epcor Over Promises and Under Delivers

In January, 2009 city council voted 7-6 to sell Gold Bar Waste Water Treatment Plant to Epcor. While Epcor also tried to acquire Edmonton's drainage assets at that time that part of the deal fell through. However, the Gold Bar deal offers a useful test case in regards to just how good Epcor is at keepings its promises when they acquire city of Edmonton assets.

Much like their latest bid for drainage Epcor made extravagant promises about how its acquisition would increase Epcor's dividend to the city of Edmonton. Back in 2009 Epcor said that acquiring Gold Bar meant an increase in $115 million in dividends to the city by 2018.

Without even accounting for the fact that if the city of Edmonton retained Gold Bar it would have still thrown off a dividend Epcor's dividend has only increased from $135.8 million in 2010 (its first full year of ownership) to $141 million a year in 2016, an increase of 3.6 per cent. The Bank of Canada calculated inflation over that time to be 9.3 per cent.

At the very least city council needs a full, fair and public accounting of the promises made by Epcor in regards to Gold Bar and whether they were kept.

A few short months after Epcor announced they were making a surprise bid for Edmonton's drainage assets they announced that, surprise, their dividend to the city of Edmonton would go up by $5 million dollars in 2017.

Based on the timing it's a legitimate question to ask. Is that $5 million increase in dividend contingent on Epcor acquiring the city's drainage assets? What happens to that $5 million dividend increase if the city delays or says no to Epcor's plans?

Why has Epcor's dividend to the city remained flat for the past five years?

City council depends on the Epcor dividend to keep property taxes down. Epcor knows this and uses this advantage to get what they want. It's unseemly and it needs to stop.

Loss of transparency, accountability and public oversight. And is privatization on the horizon? 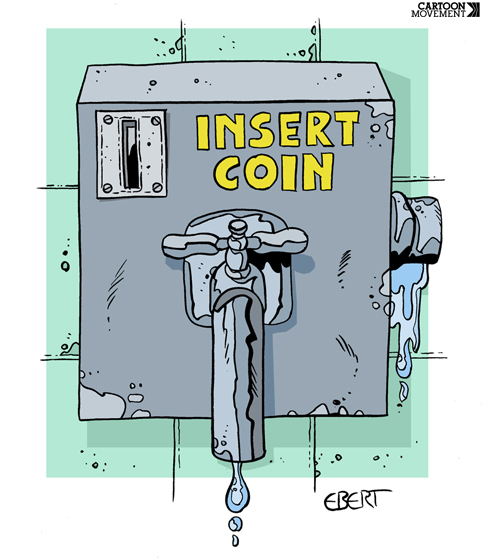 Once the $3.1 billion worth of drainage assets are transferred from the city of Edmonton to Epcor that's it. They're gone. They will disappear within Epcor's shroud never to be seen by regular Edmontonians again.

While Epcor is wholly owned by the city of Edmonton it is regarded as a stand alone, independent enterprise. The city of Edmonton appoints the board, city council meets up with Epcor executives once a year at an annual meeting and Epcor briefs executive council (four city councillors plus the mayor) in secret four times a year. That's it.

Freedom of Information laws do not apply. The city auditor will not be able to dig into its books when something goes wrong. Epcor is not obligated to tell regular Edmontonians much of anything when it comes to one of our single largest assets when and if this transfer takes place. That is unacceptable, we need transparency, public oversight and accountability for $3.1 billion worth of public assets.

And by reducing transparency and accountability to the public this makes it more likely in the future that Epcor could be sold to or spun out into a fully private corporation as we've seen with so many other public assets in Alberta. The city of Edmonton needs to focus on getting the best possible public services for its citizens, not padding the bottom line of Epcor.

In spring 2010 Gold Bar Waste Water Treatment Plant got top marks from Environment Canada as one of the best waste water treatment plants in Canada.

The Edmonton Nordic Ski Club conducted its own tests in 2014 and also found that on eight occasions hydrogen sulphide exceeded Alberta’s guidelines.

“Basically, it confirms what we found, that it stinks at Gold Bar, that’s the bottom line,” said Dave Bennett, the club’s past president, who conducted the tests.

We're not experts at what an acceptable concentration of hydrogen sulphide gas is but this is one data point to suggest that operational excellence of former city assets that are now under Epcor's control are not a priority. 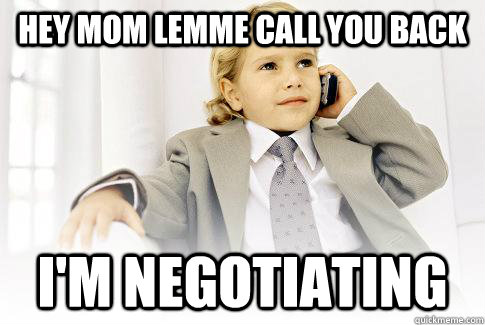 Another shocking angle in the Epcor/City of Edmonton drainage saga has been the complete and utter lack of any pushback from the city of Edmonton.

You have something that Epcor wants - $3.1 billion worth of drainage assets. They've made it pretty clear that they want it. This is their fourth kick at the can. Yet there seems to be a complete and utter reluctance to use this information to get Epcor to do anything that might benefit the city of Edmonton. This is a shocking dereliction of duty by council and administration.

And it's not like there's a small list of problems that it would be nice to have a motivated Epcor work on. For instance, the Rossdale Power Plant. Epcor owns the abandoned complex of former power plants in the river valley and the development of the site has stalled. From a 2014 news story.

"The fate of the $60 to $80 million Rossdale power plant renovations remains a mystery after a report on Rossdale redevelopment came to executive committee on Tuesday."

Right now all that Rossdale Power Plant is doing is collecting pigeon poop and costing its owners roughly $600,000 a year in heating, security and landscaping costs. And even though Epcor technically owns the building it was the city of Edmonton that ponied up $3 million to stabilize the provincially designated heritage building back in 2013. Not a bad deal for them. It seems someone is a lot more adept at negotiating than the city of Edmonton.

But beyond Rossdale Power Plant, Epcor could also be recruited to help the city of Edmonton meet the greenhouse gas targets it's having so much trouble meeting. Pumping massive amounts of water long distances means that Epcor is a huge user of electricity. A lot could be done by them to use less electricity and use greener electricity. And given their land base, existing building stock, access to low cost capital, engineering expertise, high energy demand and the permanent nature of their assets, behind the fence solar could be an attractive investment right now without any subsidies at all.

And those are just two possible options. You have leverage Edmonton city council. Use it.

If it Doesn't Make Sense, Just Say No

And if some or none of these conditions aren't met feel free to say no. You're under no obligation to flip billions of dollars of public assets to Epcor for a song.