Quotes and audio from the #kudatah announcement that is shaking Alberta 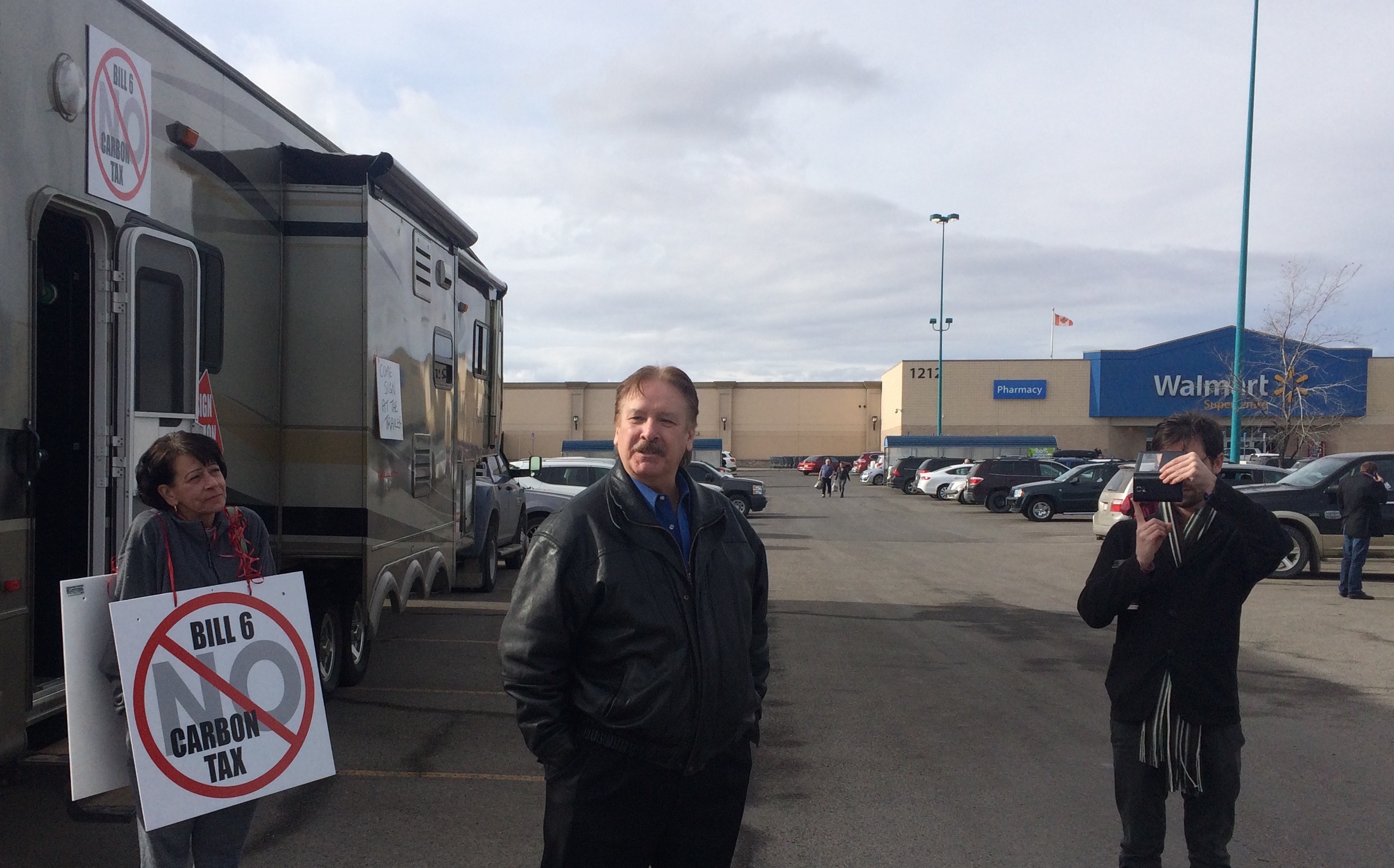 Next to a fifth wheel in the parking lot of a Walmart in southwest Calgary George Clark made his long secret plan to somehow magically remove the NDP from office known to the world.  Here is the audio. There is a chunk of audio missing at the beginning, but it is by and large complete.

Below are some of the best quotes. All are from George Clark unless otherwise noted