It’s been almost a year since the Progressive Conservatives 44-year reign over the province ended with the ignominious election night resignation of Jim Prentice.

Since then, there have been hints of soul-searching and a potential return to the “big tent” approach of former premier Peter Lougheed.

For instance, Calgary-North West MLA Sandra Jansen has continually called out the far-right Wildrose Party for its lack of interest in addressing LGBTQ rights, while newly elected Prab Gill was overtly supportive of the Liberals in the last federal election (much to the chagrin of some). 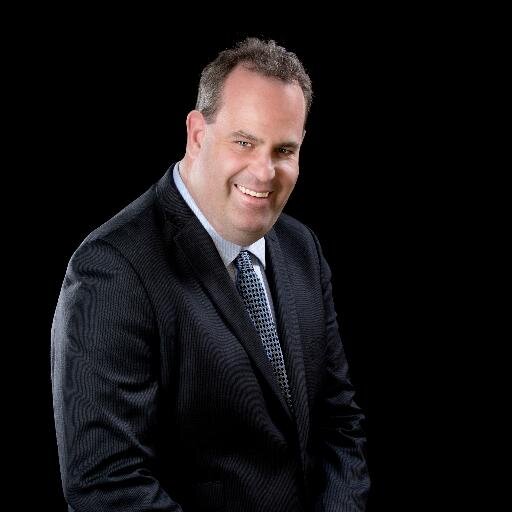 But the recent acclamation of notorious arch-conservative Craig Chandler – who helped get interim PC leader Ric McIver elected as alderman back in the day, and most recently organized a “ladies only” dinner for the PCs in 2015 – to the party’s board of directors may neutralize such efforts.

“If you don’t like the conservative culture, you can leave”

Back in 2007, Chandler ran for the PC nomination in the provincial riding of Calgary-Egmont.

He’d previously vied for a federal seat in Ontario as a Reform candidate in 1993, an Alberta provincial seat as a Social Credit candidate in 1997 and federal leadership candidate for the Progressive Conservatives in 2003. In other words, he’d been around the block a few times.

Even then, it was a shocking moment to many when Chandler stated in an interview that

He also wrote on his blog:

“This is our home & if you wish to live here, you must adapt to our rules & our voting patterns, or leave.”

Almost 40 per cent of voters in the 2004 provincial election didn’t vote for a conservative party and many media outlets seemed to take a fair bit of pleasure in reminding audiences that Chandler came from Ontario.

In 2002, Rev. Stephen Boissoin – the then-executive director of the Concerned Christian Coalition – published a letter in the Red Deer Advocate with the headline of “Homosexual agenda wicked.” Two weeks later, a gay teenager was attacked in Red Deer. Chandler was CEO of the group at the time.

The Alberta Human Rights and Citizenship Commission ruled in 2008 the letter broke provincial law and potentially had a “circumstantial connection” to the assault.

“Where homosexuality flourishes, all manner of wickedness abounds.

”Homosexual rights activists and those that defend them, are just as immoral as the pedophiles, drug dealers and pimps that plague our communities.”

According to the Calgary Herald, Chandler brought Boissoin onto his radio program – the Freedom Radio Network – after the letter was published. Boissoin also stated that Chandler knew of his comments “and supported what he was doing.”

It was arguably this combination of Chandler’s comments about “conservative culture” and his implicit endorsement of anti-LGBTQ rhetoric that led to the PC party rejecting his nomination to Calgary-Egmont.

Chandler renounced his party membership as a result of the decision.

One of the more noteworthy elements of Chandler’s political career has been his lack of willingness to commit to any particular party.

Over the years, he’s ran for the PCs, Reform and Socreds, and managed failed campaigns for the Alberta Alliance and a Wildrose leadership candidate (after the latter, he started a Facebook group opposed to the Wildrose, although he recently changed the title to "Wildrose For Effective Opposition!").

Perhaps the most surprising twist was his endorsement of Bill Harvey, a long-time member of the Progressive Group for Independent Business (a group that Chandler founded) who was running for the leadership of the Alberta Liberals.

It was essentially a George Clark-like move, attempting to take over a party with a conservative candidate. But most telling was the reason for Chandler’s endorsement of the candidate, sent out in a 2011 email, most notably that Harvey’s “view on eliminating Section 3 of the Alberta Human Rights Commission show that he values freedom of speech and freedom of religion.”

Section 3 of the Alberta Human Rights Act means one can’t disseminate publications or notices that discriminate against people based on things like race, religious beliefs and sexual orientation.

Support of “Lake of Fire” candidate

Similarly, Chandler’s made no secret of his support of “family values,” a very friendly euphemism for opposition to same-sex marriage. In 2003, he ran for the leadership of the federal Progressive Conservative party, and slammed Peter MacKay for backing Bill C-250, which amended the Criminal Code to make illegal the inciting of hatred against people for sexual orientation: the PGIB concluded at the time that it would “eliminate free speech and make criminals out of those with Religious convictions.”

In 2012, following the “Lake of Fire” incident in which Wildrose candidate Allan Hunsperger was found to have written homophobic slurs like “You will suffer the rest of eternity in the lake of fire, hell,” Chandler wrote “although the wording Mr. Hunsperger chose could have been more Christ-like what he has said is biblically accurate” and “I have gay friends and they know I disagree with their lifestyle and they know that I do feel it is a sin.”

“Litmus test” for the party

Jansen has tweeted that Chandler’s acclamation to the board represents a “litmus test” for the PCs. The party’s executive director Troy Wason has responded by stating “the guy hasn’t even had an opportunity to prove himself and already there’s judge, jury and executioner.” But given the Wildrose Party even rejected Chandler’s positions in 2014, it certainly makes one wonder what it says about the future of the PCs if a man with a history as checkered as Craig Chandler's now sits as a member of its board of directors.

According to Twitter, Chandler is currently vacationing in Florida and unavailable to comment on criticisms of his career.