Everyone except Brian Jean it would seem.

Everyone except Brian Jean it would seem

With Stephen Harper finally exiting stage left the chill that existed in the conservative movement on carbon pricing has begun to thaw.

While Preston Manning did his level best to convince conservatives across the country that climate change is real, that conservation was a conservative value and that carbon taxes were an effective, conservative-friendly way to reduce carbon emissions he was ignored by Harper and ostracized by zealots like Ezra Levant.

Conservative leaders across the country are just now poking their heads out of their foxholes and acknowledging that yes, carbon taxes are not the job-killing boogeyman the Harper government tried (and tried and tried) to frame them as. These same conservative leaders are now going on the record on carbon taxes and blazing a trail that Wildrose leader Brian Jean is studiously ignoring.

As Alberta debates the first leg of legislation related to their climate leadership plan it's instructive to look at exactly what conservative leaders around the country are saying about carbon taxes.

“Climate change is a fact. It is a threat. It is man-made. We have to do something about it, and that something includes putting a price on carbon.” 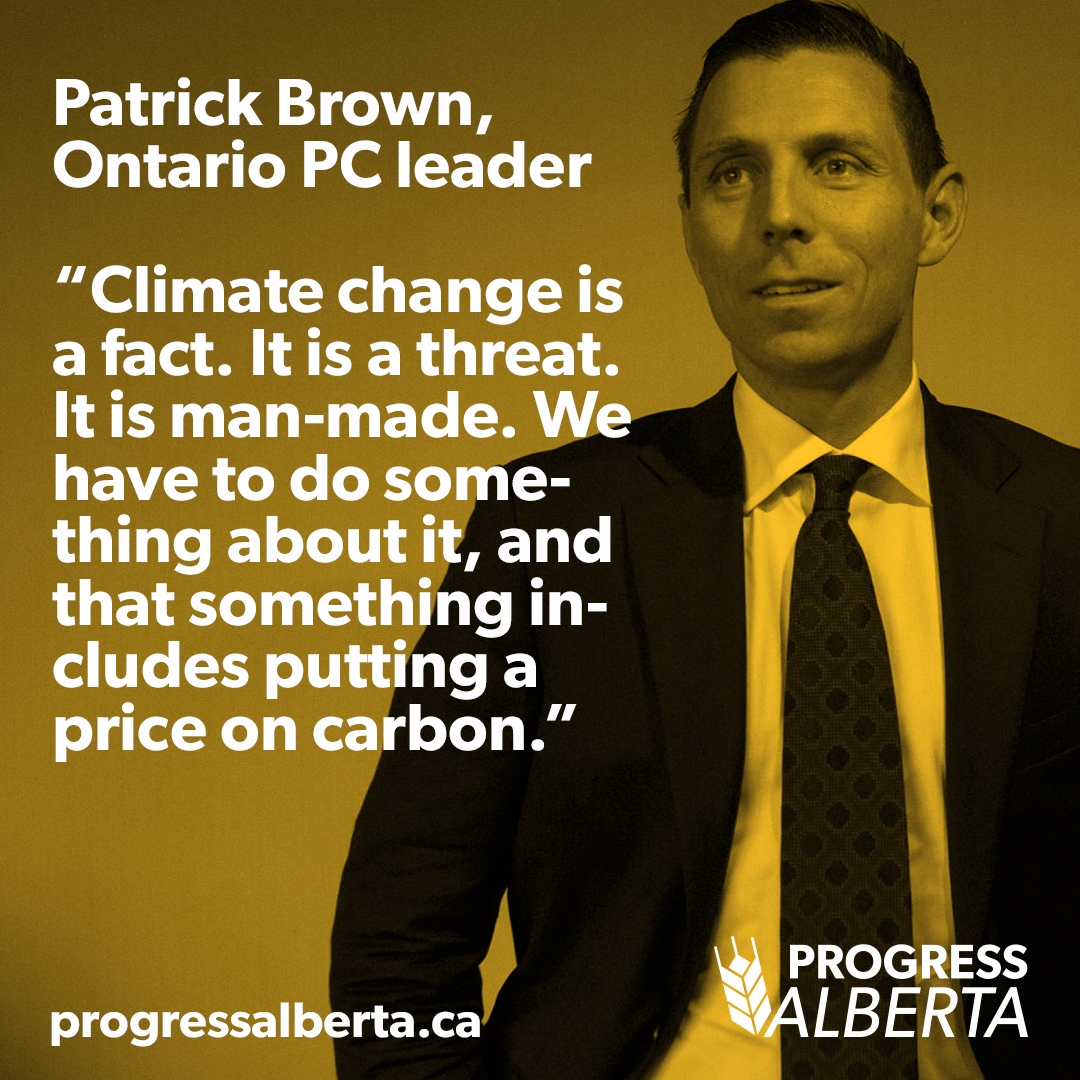 Patrick Brown, Leader of the PC Party of Ontario

“Work with the federal government and other jurisdictions as we develop a made-in-Manitoba climate action plan containing the following elements: carbon pricing that fosters emissions reductions, keeps investment here and stimulates new innovation in clean energy, businesses and jobs.”

The Minister for Sustainable Development in Manitoba says the province will develop its own carbon pricing system after public consultations.

“I see the value in having a price and a value put on carbon. There is a value in doing that. There’s many ways to do it. We haven’t settled on which approach we’re taking.”

Paul Davis, Leader of the Newfoundland and Labrador PC Party

"We have proven over eight long years of doing this, that having a carbon tax doesn't have to hurt the economy." 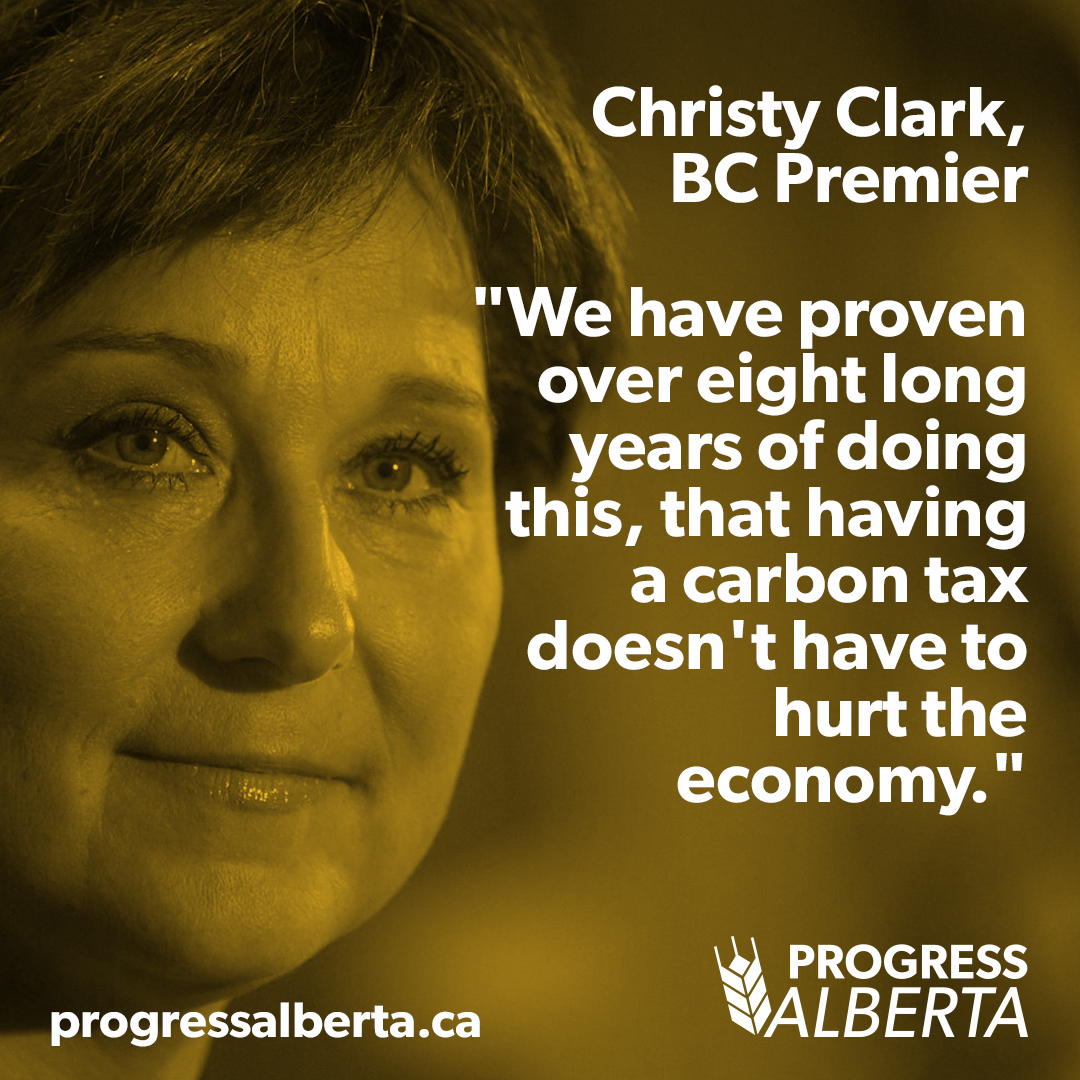 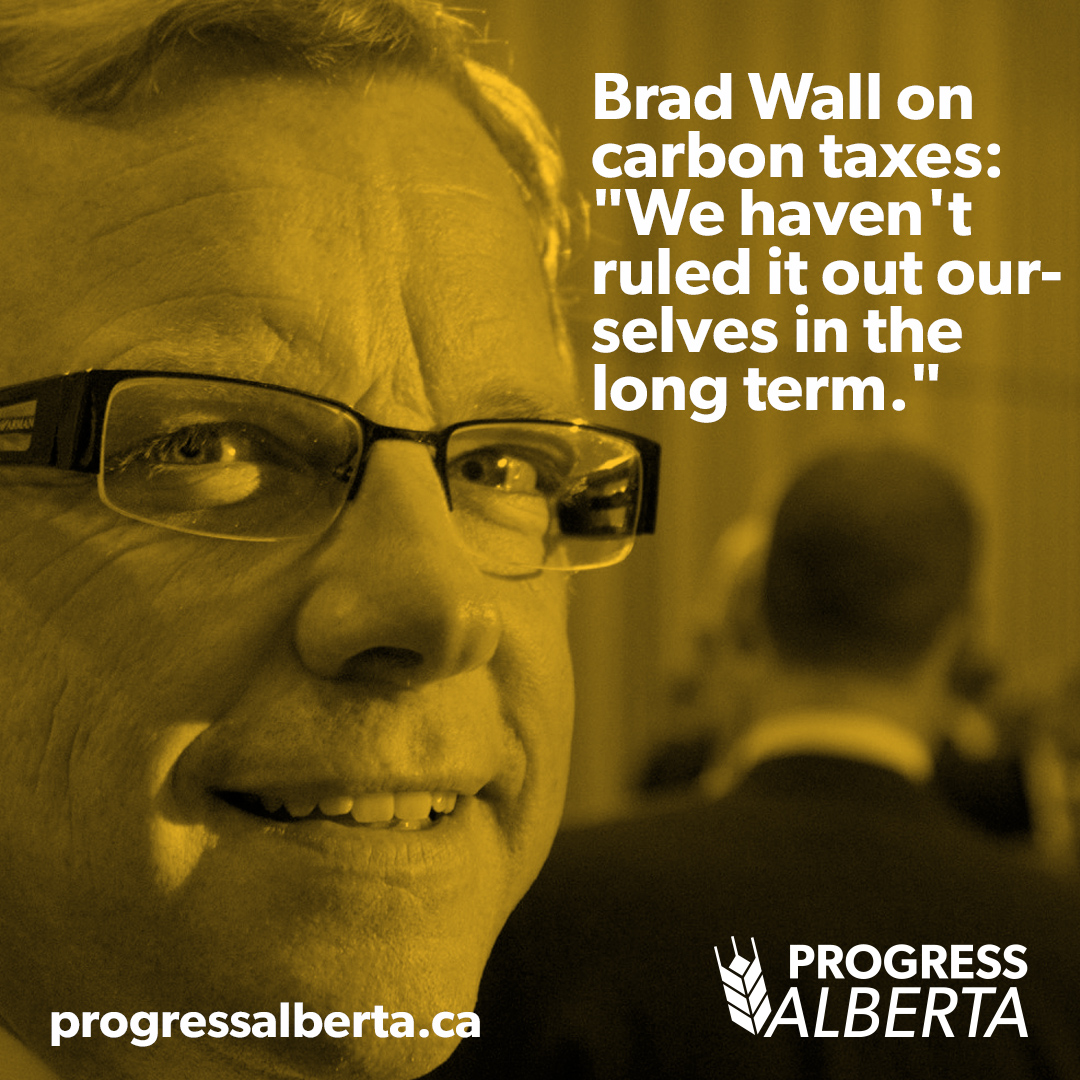 "We haven't ruled it out ourselves in the long term."

“I believe that the carbon tax involves less interference by governments in the marketplace than the cap-and-trade approach.” 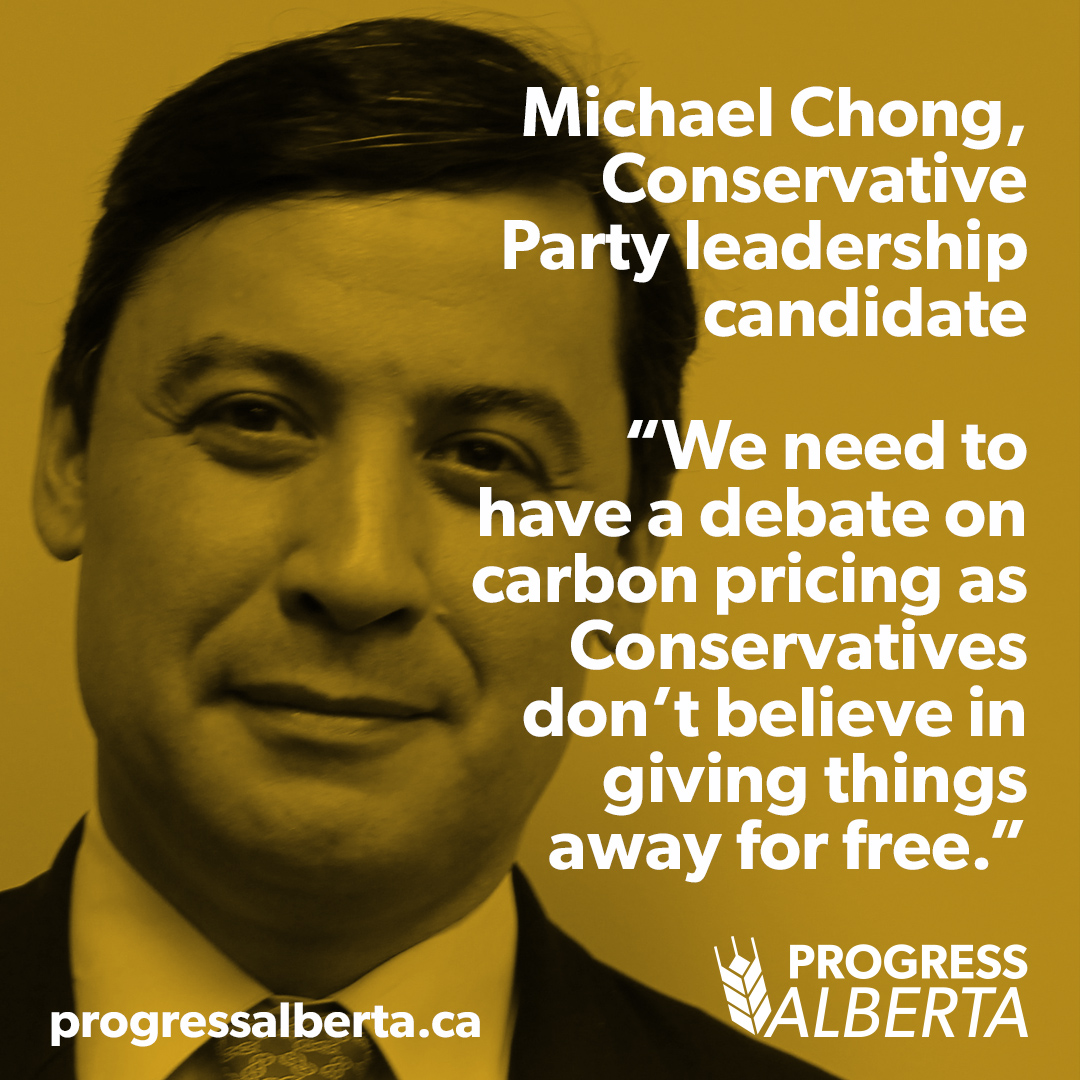 “We need to have a debate on carbon pricing as Conservatives don’t believe in giving things away for free – that is socialism. We believe that externalities should be priced and at the root at what it means to be conservative is to conserve our environment for future generations.”

“The best approach would be to use a market mechanism such as the sale of carbon allowances or a fee on carbon pollution to lower emissions and increase revenue.”

A New York Times op-ed by four US Congressmen including Republicans Sherwood Boehlert and Wayne Gilcherest.

As you can see, conservatives across Canada are now jumping aboard the carbon tax train. Yet Brian Jean is stubbornly digging in his heels and his ignoring his friends, colleagues and the wide consensus that exists that carbon taxes are the simplest, most effective way to reduce carbon emissions.

Can we really believe Brian Jean when in April of 2015 he said that, “Man-made climate change is real and we need to tackle it head-on?” If he is going to fight Alberta's carbon tax tooth and nail what is his plan? What carbon pricing model would he choose? If now is not the time, then when?