“I’m not a conspiracy theorist but this smells.”

That’s Quito Maggi, the CEO of Mainstreet Research on a poll commissioned by unite-the-right Super PAC, the Alberta Prosperity Fund.

The results of the poll, done by little known company Mission Research, were credulously reprinted by the Calgary Herald/Sun’s politics sections as well as CTV and a couple of radio stations. As you might imagine the Alberta Prosperity Fund poll finds a small majority, 52 per cent, would vote for a newly formed PC/Wildrose party.

Maggi is the CEO of Mainstreet Research, the pollster for Postmedia and he correctly called the majorities for both the federal Liberals and the provincial New Democrats. He has three major concerns: 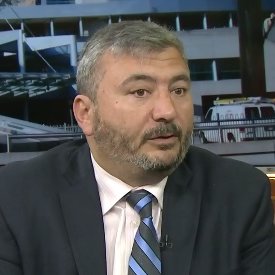 “The voters are too far apart. Just not the same kind of voters,” says Maggi.

“The profile of a typical WRP supporter is very different than a PC supporter, ‎they share views on some economic policy but that's where the similarities end. More WRP voters have the NDP as a second choice than PC, or did in 2015… It's a contrarian, opposition to all government vote, not a simple ideological right wing one."

Maggi calls it a Wildrose power play. It’s clearly meant to say that the Wildrose is the dominant right wing party in Alberta therefore the PCs should accept the merger with the Wildrose.

Maggi was very curious to know what online research panel was used and why it wasn’t disclosed. When I talked to Heather Scott-Marshall, the president of Mission Research, she refused to disclose who she used for her online panel but said it was well known and a very representative sample.

But according to Maggi, it’s standard practice for pollsters who use online panels to disclose what panel was used. “There is no reason for it to be secret there’s nothing proprietary about using an online panel.”

From the Market Research and Intelligence Association code of conduct, page 15.

“As with other types of polls, all published survey reports from online polling must include basic methodological information, such as the sponsor of the poll, the number of interviews, the sample source and any screening criteria, the mode of interviewing, and the field period.” [emphasis added]

And most of all he’s curious to know the discrepancy between the Alberta Prosperity Fund poll and other recent polls which show a much tighter three-way race.

“Mostly I know the numbers are bad because the PC number is way too low, we haven't had them below 20 in any polling that I recall,” says Maggi.

Of course there are always outliers and it’s always possible that that is what happened here. Scott-Marshall’s response. “The numbers speak for themselves.”

But there is one more issue. Polling the general public isn’t a tremendously effective way to gauge public opinion on a unite-the-right merger. It would presumably be party members who would be involved in the process, whatever it may look like. Though the Alberta Prosperity Fund’s poll does have some helpful unite-the-right scenarios all laid out.

4. What do you think is the best way to unify the PC and Wildrose Party?

After talking with Scott-Marshall it was made clear that this question was only asked to the 52 per cent that would vote for the newly formed PC/Wildrose party.

And while it’s impossible to predict what will happen it’s doubtful we see a repeat of the disastrous Danielle Smith/Jim Prentice led floor crossing that led to the PCs demise. At the same time there seems to be more unite-the-right options springing up every other day.

However Maggi doen’t see the any potential merger scenario working.

“If these parties merged tomorrow then by Friday there would be another right wing party.”

Perhaps Randy Thorsteinson’s long nascent Reform Party of Alberta will finally get off the ground.

And if and when Maggi ever does get to ask similar questions in the course of his job he’s doubtful that he would get the same results.

There’s also another tidbit that didn’t make the news when this poll was released. Heather Scott-Marshall has a profile on the Manning Centre's website and according to her she is conducting the Manning Barometer poll this year.

This connection between the Alberta Prosperity Fund and the Manning Centre is one that probably needs a fuller examination given Preston Manning’s history of trying and failing to unite the right in Alberta.