Each family is also charged a $10,000 ‘bond’ that lasts the length of the student’s academic career

Reducing school fees is an important first step toward fixing our education system by Alberta’s government. But what about private schools turned public schools that charge more than $12,000 in “fees” a year?

The school opened in 1995 as a private school with a Catholic focus but switched in 2014-2015 to become part of Christ the Redeemer Catholic Schools, a publicly funded school board. Clear Water Academy calls it a “cooperative relationship” and says they are an “alternative school” with the board. 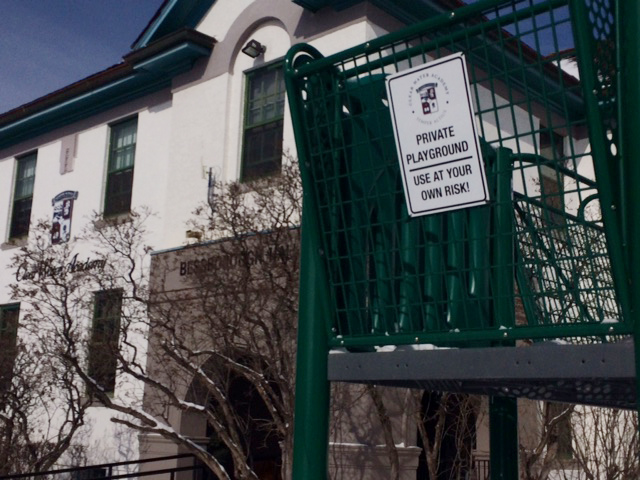 There’s nothing wrong with private schools flipping to the the public system. What is troubling is that for every student enrolled at Clear Water Academy -- currently there’s about 400 -- the school collects up to $12,200 a year per student in what they call “Integral Formation fees” as well as a $10,000 “family bond,” an interest-free and mandatory loan returned when the last child from a family enrolled in the school either graduates or leaves.

On top of that, the school also receives the full complement of public funding from the Alberta government thanks to its status as a public school. In 2016-17 Alberta Education gave Christ the Redeemer Catholic Schools $3.35 million for the 390 students attending Clear Water Academy. In 2013-2014, its last year as a private school, Clear Water Academy got $1.99 million from the government for 422 students.

The switch from private school to public school nets Clear Water Academy quite an additional amount of money from the Alberta taxpayer.

Clear Water Academy’s executive director, Bill Tomiak, refused to be interviewed for this story and explain why his independent Catholic private school joined a public school board.

Regardless, it’s clear that Clear Water Academy is enjoying both worlds. It has all the trappings of an elite private school - uniforms, well kept grounds, tiny class sizes and sky high tuition. But it also gets to be a fully funded public school.

“We have been looking into this matter involving Clear Water Academy for several months and are quite concerned,” said Minister of Education David Eggen in a statement to Progress Alberta. “We realize that there is an issue with school fees across the province and our government is working to fix it.”

Eggen noted that if Bill 1: An Act to Reduce School Fees is passed that will mean an amendment to the School Act as well as the creation of a new school fees regulation for the 2017-18 school year.

“The previous government left school fees unregulated for far too long which created high school fees across the province,” he said. “We are working to fix this.”

THE GOVERNMENT NEEDS TO HEAR FROM YOU. USE OUR ONE-CLICK CALL YOUR MLA TOO AND WE CAN CLOSE THIS LOOPHOLE.

And it appears as if they have a lot to fix. Financial statements from 2015 show the school brought in $5.2 million for “tuition, registration and book fees.” In addition, Clear Water Academy Foundation’s Canada Revenue Agency report from 2015 shows the school is still calling itself an "independent school.” The school is also still listed as a member of the Association of Independent Schools and Colleges in Alberta, an association that supports independent schools, colleges and alternative schools in the province.

When reached by Progress Alberta Michael Kilcommons, the associate superintendent of the Christ the Redeemer Catholic school board, explained that the academy’s fees pay for operational costs of the school’s buildings. He also said the board has nothing to do with the Academy’s foundation, the school’s charity responsible for fundraising, or the buildings owned by the school. Rather, the board covers all educational costs for students at Clear Water Academy; things like teacher salaries, photocopying and classroom supplies.

The Clear Water Academy Foundation’s financial statements from 2015 tell another story. While describing the foundation’s operations the auditor writes: “The Foundation is responsible for all expenses specifically related to the model of Integral Formation.” (page 8 of the 2015 financial statements) Integral Formation is a copyrighted curriculum in use in Catholic schools across the world and it forms the educational foundation of the school. 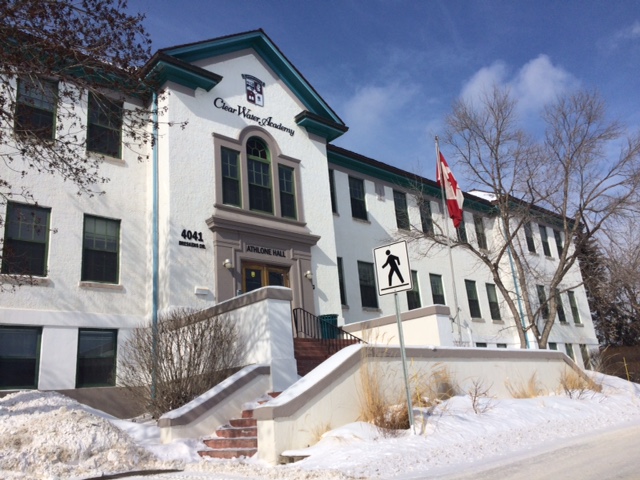 So how can a school like Clear Water Academy, which sure seems to act like a private school, also be classified as a public school? The answer is in the Alberta School Act and a section on, “alternative programs," or programs that emphasize language, culture or religion. Fees for alternative programs are set by the board, a decision that could change if Bill 1 becomes law. Minister Eggen’s press secretary confirmed the education minister “would have increased authority over all school board fee types related to publicly funded education programming. This would include, but not be limited to, fees associated with alternative programs.”

“The board discussed this and agreed that the lack of feedback from the government by June of 2016, as originally promised, indicates that CTR Catholic’s agreement and operation of their traditional alternative school arrangement is perfectly acceptable and complies with all rules and regulations,” reads the minutes.

Well, it sounds like the government is offering feedback now.

Our feedback: It’s time to close this loophole and clean up the muddied waters at Clear Water Academy. If you’re a public school, act like one.

IF YOU WANT THE GOVERNMENT TO TAKE ACTION ON PRIVATE SCHOOLS YOU HAVE TO TELL THEM YOURSELF. CLICK HERE TO USE OUR CALL YOUR MLA TOOL.