There are many reasons that privatizing education is harmful for society — it deepens inequality, segregates students based on class, religion and other factors, siphons money and resources  away from the public system, and doesn’t even result in improved learning.

But it also just makes the education system really complicated to parents to understand - especially for parents who are not university educated, work two or more jobs or who don’t have English as a first language.

The parents who have the capacity to dig through all of this bureaucracy and potential permutations that “school choice” has brought to Alberta are most likely the ones who already have high socio-economic status. And given the dizzying amount of options out there it makes it harder for reformers to build a better education system for everyone.

But we’re here to help. We want to make our education system a little more understandable to all Albertans. Here is a breakdown of the six major types of schooling available in Alberta. 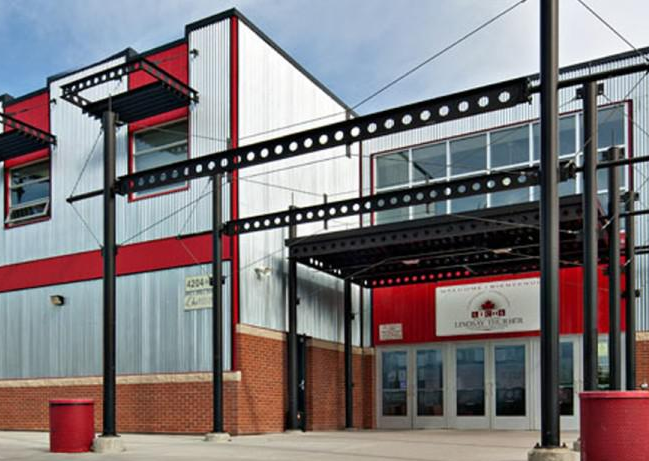 This one’s pretty simple — and by far the most popular.

As of this year, 67 per cent of students in Alberta attend 1,543 public schools throughout Alberta, themselves belonging to 42 school boards. For example, Bowness High School belongs to the Calgary Board of Education, by far the largest school authority in the province.

Public schools are fully funded by grants from the Alberta government which are mostly allocated on a  per-student basis . The bulk of funding is included in , the incredibly specific “base instruction rate”, which this year is $6,679.79 for every student between Grades 1 and 9. The formula is a bit different for high school students as it’s based on a tier of “credit enrolment units” — aka high school credits — but the ballpark figure is roughly the same for the average student who earns 37 credits a year.

The government also pays for capital projects — new or modernized schools, playgrounds, or modular classrooms. However, just because a school authority wants capital funding certainly doesn’t mean it will get it: every year, they send a list of priorities to the province, and which are then prioritized by Alberta Infrastructure. Operations and maintenance costs are also covered.

Public schools must accept any student living in their geographic area, regardless of academic ability, specific learning need or socio-economic status. They also employ certificated teachers who are full members of their professional association and are subject to the Code of Professional Conduct. Public schools are not able to charge tuition and a new government bill brought in by the NDP also restricts the ability of school boards to charge exorbitant program fees. 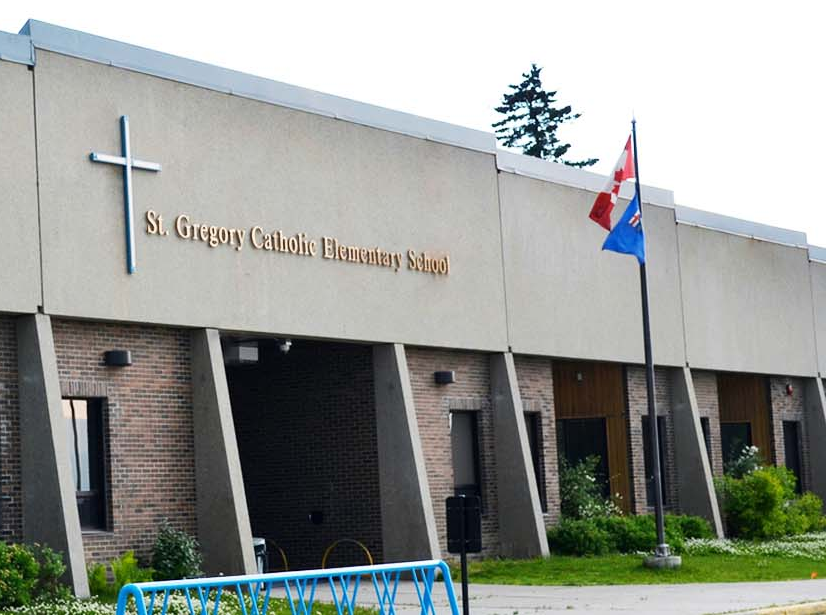 These are more commonly referred to as Catholic schools. In total 24 per cent of Alberta’s students attend 411 of these schools, governed by 17 school boards.

Separate schools exist in order to satisfy the constitutional rights of Catholic parents to access Catholic education. These rights came about as a result of Canada’s complex cultural, linguistic, religious political history. In Alberta, Protestant schools ultimately become “public” and Catholics become “separate” — the inclusion of Catholic education in the Alberta Act was actually a key condition of the province entering into confederation.

But unlike the public system, the separate school system has held onto to its religious roots. As explained by the Alberta Catholic School Trustees’ Association: “The presence of the Catholic faith is highlighted within every element of the school. Our Catholic school communities are guided by and energized with faith.”

Students take “religious education” classes and other aspects of school life are also infused with Catholic values - like spiritual decor in classrooms, mass on holy days, prayer at special events and in-school chaplains. But, the Catholic nature of the separate school system has also spurred debate on public and health policy matters like when former Calgary Bishop Fred Henry banned the Calgary Catholic school system from administering the HPV vaccine. That decision was eventually overturned by the elected school board trustees and there is a regular tension between the independence of elected school trustees and the role of the local archdioceses.

Other recent controversies include an invited presenter screening a video comparing abortion to the Holocaust, a senior Catholic school administrator talking about being put in a “hard place” for not being legally allowed to out queer and trans students, and a Catholic school trustee who said transgender students have a “mental disorder.”

But separate schools are still public in every other way — they’re fully funded by the government, they employ certificated teachers who are full members of the Alberta Teachers’ Association, and are governed by publicly elected boards. This full funding extends to both operational and capital dollars. Separate schools are also prohibited from charging tuition and they must accept all Catholic students, although they typically will welcome non-Catholic students who also wish to attend. 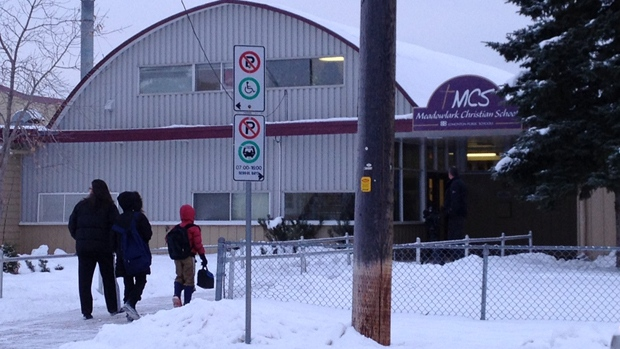 These are programs that are operated by public, separate or francophone boards within the public education system, but emphasize a particular language, culture, religion or subject matter or use a particular teaching philosophy. They are still publicly funded and governed. Focuses include everything from Mandarin, to all boys, to sports, to Indigenous education, to science.

They’re a bit more tricky to quantify in student count, as they are included within the public or separate school systems. But the Calgary Board of Education reported 24,158 students enrolled in over 50 alternative programs in 2016 — equivalent to 20 per cent of all their students. The Edmonton Public School Board also has a vast array of alternative programs

They can either share a building with a conventional school, or exist in their own building. The vast majority of alternative programs look, feel and operate like any public school but with a specialized focus. Some of these programs exist because a charter school (see below) wanted to open but the school board agreed to offer the program instead, and some programs exist because of an agreement reached to incorporate a private school into the public system. However there are a small minority of alternative programs within publicly funded school boards that charge high fees and that actually look, feel and almost completely behave like private schools.

For example, Master’s Academy and College operates as an “alternative public school” under the Palliser Regional School District and charges at least $6,375 per year (as well as a one-time $1,500 “membership fee” upon acceptance). Or Clear Water Academy, a former private school, that charges $12,000 a year in “fees” and a $10,000 family bond. These types of alternative programs need to figure out whether they are a private school or a public school and govern themselves accordingly. At the same time, the school boards that have absorbed these former private schools need to exert pressure to make these schools drop the de facto tuition fees and to behave like public schools - as this board did.

And while proponents of private schools hold up “school choice” as part of the value they provide it’s clear that public school boards can still provide plenty of programming options within the context of a public school system that is free and accessible to one and all. 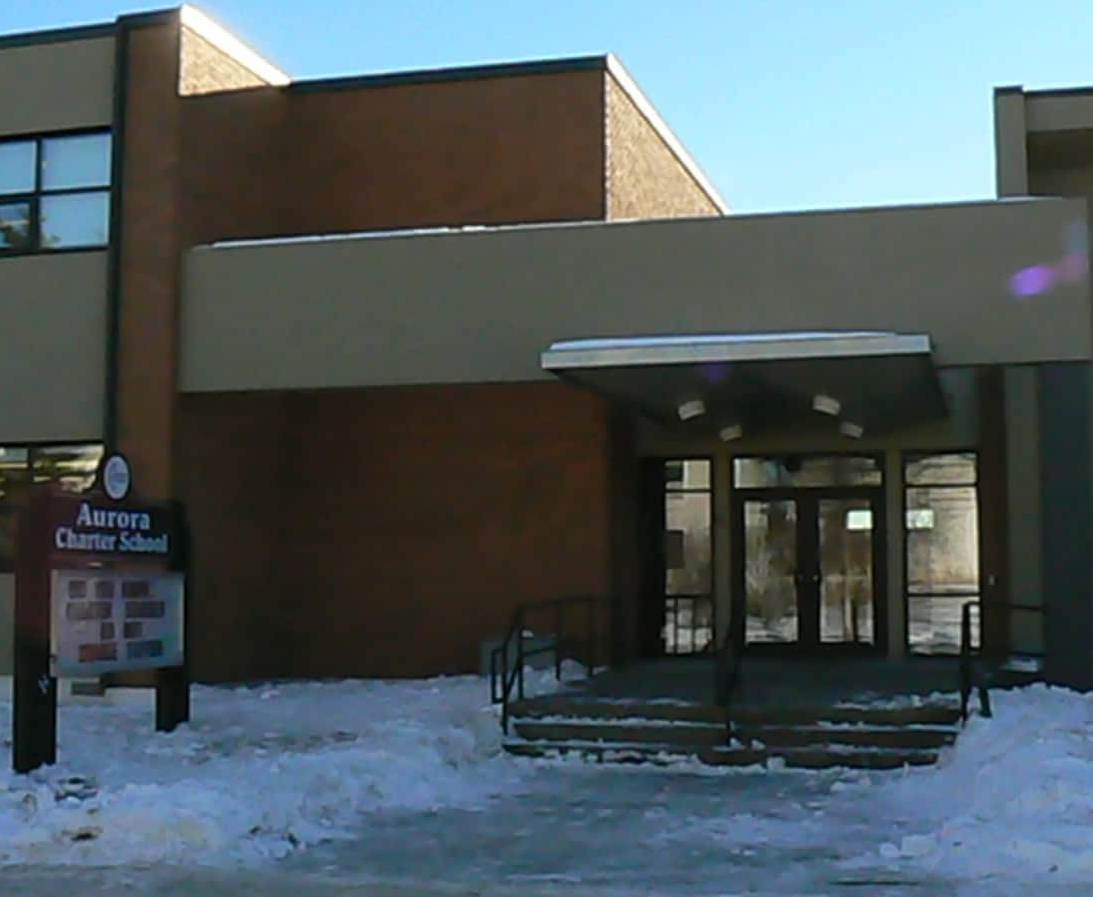 To this day, Alberta is the only province that’s ever permitted charter schools.

The charter school “market” was first created in 1994 by — you guessed it — former premier Ralph Klein. Unlike all the aforementioned models, charter schools are unique in being governed by an autonomous board and allowed to develop their own policies and operational approaches. The original idea was for charters to be temporary experiments to try out new forms of teaching and what they learned was supposed to be integrated into the public system.

As a result, the boards were only granted five-year “charters.” But they’re almost always renewed (although the very first charter school, Global Learning Academy, was shuttered in 1998 due to serious governance and compliance issues).

Currently, there are 13 charter schools in Alberta — six are located in Calgary, with another three in Edmonton — with 1.3 per cent of the province’s students. The schools receive full operational funding from the government, but do not receive capital funding and aren’t allowed to charge tuition. However, there are extremely long wait lists, and parents are advised to start applying and visiting schools by the time their child is two months old.

In addition, teachers are prohibited from being full members of the Alberta Teachers’ Association, the professional association that all teachers in public, separate and francophone schools belong to— meaning teachers aren’t upheld to the same professional standards and don’t have access to the same collective bargaining rights.

“Charter schools should be given the option of either becoming public schools — because they’re already fully operationally funded by the public system — or becoming private schools and losing the funding but being able to keep their independence of school boards and oversight,” said Joel French of Public Interest Alberta. 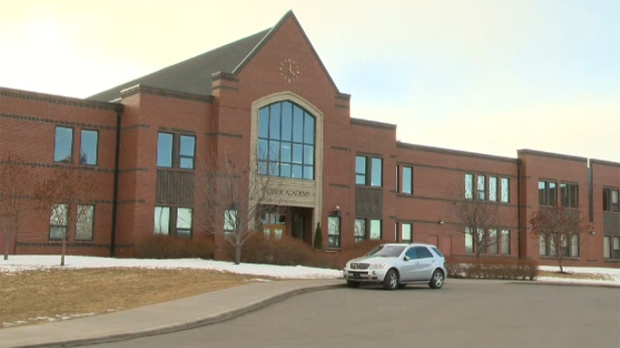 Then there are the 187 private schools, which teach four per cent of the province’s students.

There are two types of private schools in Alberta: registered, and accredited.

Registered private schools aren’t required to employ certified teachers or use Alberta’s curriculum and can’t receive any provincial funds — there are only a handful of those. These schools can basically do whatever they want, but they do have to register with the government so that the government knows they exist.

All of the elite private schools which charge over $10,000 per year for tuition are in or around Calgary. In total, they received $27.4 million from the provincial government this year in funding — equivalent to six new schools, 109 new playgrounds or 272 new teachers for the public system.

Despite what private school proponents argue, the system doesn’t “save” Albertans money by requiring rich parents to cover the difference in funding (and much more). Rather, it diverts much-needed funds into elite educational enclaves that are inaccessible to the vast majority of Albertans, exacerbating inequality and divisions between children.

There are many profound issues with the province’s complicated education system — but ending public funding to elite private schools should be our first priority.